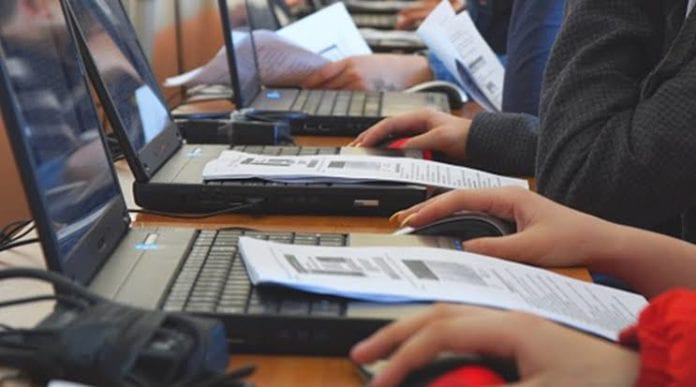 On Sunday, the students from the School of Open Learning (SOL) of Delhi University received the history question paper instead of the political science paper. This has been just another instance of mismanagement that has marred the insistence of the University to conduct the final year open book exams.

The problem of logging into the portal has become very common since the exams started. This problem resurfaced when the final year students of SOL tried logging in to the portal to appear for their exams.

Gaurav is an IT professional and is pursuing political science honors through SOL said that he tried opening the link at about 8 am but was unable to get access. When he was finally able to access the link, he was shocked to see the history question paper there instead of the political science paper.

Similar situations were faced by different students who had to wait for around two hours to access the correct question papers. Gaurav added that he had chosen SOL because he is working side-by-side at an IT firm. Their exam date is also different so that they do not face any problem. But tackling such problems becomes difficult. He is glad that it was a Sunday.

Another student, Ruchi, also faced a similar problem. She said that she called other people who also said that they were facing similar issues. They had faced technical glitches, but an entirely different question paper was surprising for them. Two hours later in the examination, she received a call from a friend who informed that their paper was uploaded at the end.

Meanwhile, the students of SOL are also facing problems with not having enough or the correct study material. The Delhi High Court had held the university responsible multiple times, in wide discussions on this matter, for not providing assistive devices and study materials to students under the PwD category.

In a notice issued by the DU, books like Ten year and Kings’ Champion have been banned during examinations, these are the guidebooks. The students are not very happy with this decision because as it is their study material is limited.

Gaurav added that the study material provided to them is outdated and was not even given to them on time either.
On Sunday, the grievances of the students came after numerous technical glitches were complained of by students on the first day of the OBEs. Many students had to send their answer scripts through the mail since they were unable to upload it on the portal.

The teachers have said that they are yet to get any clarity on the evaluation process of the students. The students have complained of anxiety because they are not aware of their answer sheets being accepted or not.

It was only two days ago when the students appearing for political science paper had complained of receiving the mock test question paper. They received the actual question paper some twenty minutes later.

DU EXAMS: HOW TO UPLOAD OBE ANSWER SCRIPTS ON PORTAL WITH EASE