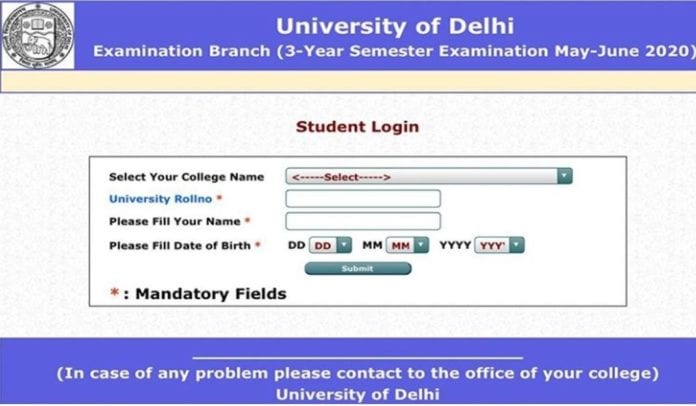 Even on Friday, the DU exam continued to be plagued by glitches as the students of political science reported that they received their mock test question paper instead of the actual question paper. The exams for final year students were supposed to be held during the afternoons shift on Friday, according to the reports shared by the students.

Students reached out to varsity after realizing that the question paper available on the DU Exam portal 2020 was the same as the mock test question paper meant for practice. Fresh/actual question paper was uploaded by the varsity when there were several reports regarding it on social media.

As a result, major problems were caused for students who had downloaded the question paper at 11:30 am and had started solving without paying attention to the change of paper on the portal. A student said that he downloads the question papers before the exams, because of connectivity issues, and then logs off the portal and answers the questions. However, this time he ended up solving the mock test paper and only realizing the difference in the question paper at the time of uploading the answers.

These students, later on, got to know from their friends and peers that the question paper which was shared on the email was the mock test paper and the actual question paper was uploaded by the university on the DU Exam portal at 12 PM.

DU EXAMS: HOW TO UPLOAD OBE ANSWER SCRIPTS ON PORTAL WITH EASE

The Grievance Committee of Delhi University’s OBE 2020 has been tasked with investigating the matter of the wrong question paper being uploaded on the portal and later being changed, according to reports. The varsity had assured the many students who reached out to the committee after appearing for the exam, about what will happen about their exams soon.