Delhi University co-ed vs girls college, a never-ending debate on the admission time. Both offer completely different kinds of experiences to students.

In co-education, there is the participation of both sexes whereas in girls college you interact only with single-sex. Besides, in India, there is a great need to normalize co-education. It will resolve some issues related to gender stereotypes.

As we know, students of DU come from different regions, schools, and backgrounds. Mainly, own distinct opinions so it’s necessary to know some major aspects of both kinds of college.

Though, it depends on students’ expectations and personalities. Accordingly, you can decide what suits you best. Let’s get into the debate and know more about the Delhi University co-ed vs girls college.

Co-ed college: The major disadvantage of being in co-ed college is facing judgemental people. Fear of being judged and inescapable gazes are always in mind.

As a result, you lose a sense of freedom like you will not allow yourself to move out without wearing a bra. Constantly checking your outfit if something is revealing or not is a sign you are not comfortable around the opposite sex.

TOP SOCIETIES YOU CAN ENROL IN IF YOU ARE DU FRESHERS

Girls college: In contrast, girls are free to wear anything in DU girls colleges. No one will point out their dressing sense. They can dress up without feeling uncomfortable. Also, you don’t have to worry about your periods or feel guilty about stains.

Moreover, if someone loves being a nerd, they don’t have to change themselves as no one is there to judge them. Consequently, you will feel confident in your dressing style.

Co-ed college: The nurturing of both sexes are so biased in India that it can be visible in colleges too. Students have varied perspectives and some deprecating behavior can lead a girl not to express herself well.

Gender stereotyping shell is so hard that it will reflect effortlessly. Oftentimes you will hear some biased phrases. For instance, “Girls are not good at numbers,” “You are behaving like a guy” and more.

Further, several prejudiced words defend by saying “it was a joke.” But still, it drags girls out from numerous conversations.

Regardless, once you start getting comfortable around guys, there is no stopping. You start liking your developing a better personality and learn new things. Additionally, you will realize how beautiful the world would be if no differences existed.

Girls college: No one will deny the fact that girls’ colleges are best when it comes to expressing oneself. In co-ed, you can see the lack of expression there but girls’ college is solely the opposite.

You will always have someone who will listen to your thoughts. Don’t even have to think twice while communicating with other girls. The sense of independence is also noticeable in only girls’ colleges.

Though, exposure of thoughts and understanding is only seen in co-ed’s. As there is a mix of several perspectives and ideas.

Co-ed college: There are some topics in which women are not comfortable talking with the opposite sex. Includes sex education, menstrual cycles, taboos, etc.

For instance, if a group is talking about feminism or women’s oppression. There is always be one person who comes with the statement “not all men”. This is factual but defending instead of analyzing the issue is not the solution.

Girls college: Women feel more comfortable talking to the same sex as compared to the opposite sex. Conversations over such topics can be achieved plainly.

Every task from small to big is done by girls only. As a result, the sense of independence. Plus, the idea of women’s empowerment gets stronger and stronger with time.

Co-ed college: If you are straight, then co-ed college is fairest for your love life. Studying and hanging out all day together in college with your partner can be the best memory of life.

You get exposure at its best! Dating is the most exciting thing about college. After all, who knows you will find your soulmate in your canteen.

Similarly, eye contact, trying to impress crushes are so thrilling and exciting. That’s how most of the love story starts.

Girls college: Are soulmates restricted to only opposite sexes? A big Noooo! One can find their soulmates in girls’ college too. Love is love. Get off from those stereotypes and explore yourself.

For straight ones, don’t think you won’t find anyone. This is the myth that girls college students are unlucky in finding guys. As hardly they see any guy in college.

But that’s not true, it’s even more exciting as every day new gossip and love stories continue among the groups. Sharing moments and their crushes to giving advice is the best thing about girls’ college.

Waiting for dates on weekends or after college can be so fun. Later telling the details to your girlfriends is something crazy.

Co-ed college: In the co-education environment, behavior changes in a positive aspect in front of the opposite gender. Further, girls start to interacting freely and it surely helps them in the future.

Interacting and studying daily with the opposite gender leads to mutual understanding. As gender discrimination prevails in India, co-ed will help in eliminating it at a faster rate.

However, both sexes have different perspectives mainly due to social or family conditioning. Therefore, sometimes it creates useless disagreements.

Girls college: Girls don’t communicate with boys regularly. As a result, both the gender can’t understand each other’s viewpoints. Thus, in the future, this will become a disadvantage in a workspace.

But there is less possibility of arguments as there are no boys in the classroom or campus. Almost everyone shares similar thoughts as well as there is a sense of equality.

Co-ed college: Living in an environment where boys and girls interact and study together. Gradually, the shyness and conservative nature eradicate.

In the real world, you will be all prepared to deal with men. Moreover, the awkwardness will not hinder your triumph. You will stand for yourself wherever needed.

Social skills were integrated well and they know what life will be like outside the college gate. The developed perspective will be unbiased through co-education.

Girls college: It is apparent that living in a girl’s environment, you will be a little awkward in dealing with men. Girls will feel shy or quiet when around the opposite gender.

They mostly find themselves in a nervous state whenever they talk to men. Sometimes due to this women in society are subjugated by men. The reason is simple: the atmosphere doesn’t allow them to understand both gender behavior.

Besides, studying in this college environment may result in a lack of social skills. Hence, in a co-ed both the genders learn good conversation skills. Also, some basic manners towards each other.

Summing up all the positive and negative aspects of Delhi University co-ed vs girls college. It is thoroughly evident co-education promotes healthy competition as well as gender equality.

Nonetheless, as we notice there are also several benefits of girls’ college too. So numerous people choose for the separate education system. After all, priority should be given to the quality of education and students’ preferences. 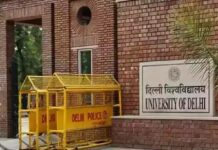 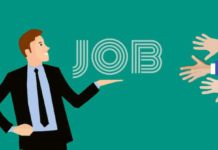