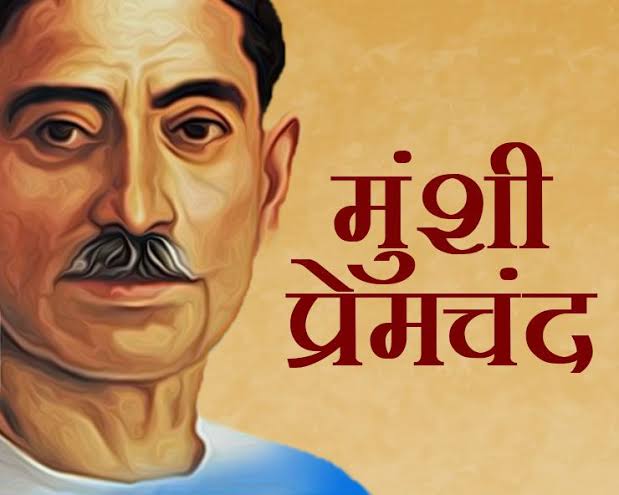 Munshi Premchand, the author of Godaan and many other worldwide recognized and popular books, was born on 31st July 1880. He is one of the prominent writers of the 20th generation who contributed his best to bring Hindi Literature. Let’s discuss the life, profession, work, and books of Premchand in Munshi Premchand Biography.

In the present generation, everyone wants to be a perfectionist. They want to be equivalent to perfection in whatever they do. Ranging from personality to language, everything should be high in standards. In India, young youth thinks that English is the language that would enhance their confidence level and that confidence would boost up their personality.

HINDI IS ONE OF THE MOST BEAUTIFUL LANGUAGE

Knowing the fact that Hindi is our mother tongue, people have stopped recognizing it and considering it as a priority. They have always created a choice between Hindi and English without thinking that every language has an importance of its own. People think that Hindi is a way easy and a decent language. But the truth is it is one of the most beautiful languages in the world. It is the mother tongue of Indians and the pride of the iconic generations. It is a subject that people want to adopt. But, only as a subject.

Some students score outstanding grades in this language but some lose the most in it.
But Hindi has an identity of its own. Writers turn this language and give it a new look.

WHO IS MUNSHI PREMCHAND?

Among all the successful and proficient writers, Munshi Premchand is known and praised by many. He is the person who turned this language over time and gave a modern form to Hindi literature.
Dhanpat Rai Srivastava, popularly known as Munshi Premchand entered this world on 31st July 1880. He is one of the foremost writers of the earliest twentieth century who glorified the Hindi language through his writings.

He presented modern Hindustani literature and is one of the most famous writers of the Indian subcontinent. In 1907, Munshi Premchand published his first book named soz-e-watan. The book included five short stories and it was his first collection. At first, Dhanpat Rai Srivastava used a pen name “Nawab Rai” but later switched to “Premchand”.

Munshi Premchand is not only a writer but he is also a dramatist. Many writers referred to him as the Upanyas Samrat which means the emperor among novelists. He wrote and published around a dozen novels and 300 shorts stories. He also translated many foreign works into Hindi and wrote essays as well. Some of the famous novels of Munshi Premchand are Kamabhoomi, Gaban, Godaan, Mansarovar, and Idgah.

Munshi Premchand was from Lamhi that is a village in Banaras. His ancestors were from the Kayastha family and were rich enough to have eight to nine bighas of land. His father was a post office clerk and his mother was from karauni village. Munshi has even mentioned her mother in his “Bade Ghar Ki Beti” as Character Anandi. Munshi’s nickname is Nawab given by his uncle who is a rich landowner. Munshi Premchand studied Urdu and Persian from the Maulavi.

When he was eight years old, he lost his mother who was suffering from a long sickness. His grandmother took the duty of raising him but she too died soon after. After his grandmother’s death, Munshi felt isolated because his elder sister was married and his father was always busy with work.

His father had a posting in Gorakhpur and was remarried. Munshi received a little affection from his stepmother. Later, tables turned and his stepmother became a recurring theme in one of his works.

Munshi Premchand was fascinated with books. He read the stories in the Persian language of the epic Tilism-e-Hoshruba. Munshi started doing a job of selling books for a wholesaler. This was his way through which he got a chance to read more books. He also learned English at the missionary school and studied about the eight-volume of Goerge W.M. Reynolds. His uncle used to scold him for such a deep fascination with fiction.

Munshi composed his first literary work in Gorakhpur. Unfortunately, it is lost and could never be published. It was about a boy who falls in love with a low caste woman. Munshi based that character on his uncle.

IMPORTANCE OF BOOKS FOR MUNSHI PREMCHAND

Discussing the importance of books in Munshi Premchand Biography, Munshi was fond of reading books and he used to spend his whole day repeating this activity. He was a simple and humble person with a very kind nature. Munshi used to be such a great believer in God that he never quarreled with anyone.

Even though his uncle was rich, Munshi’s family conditions were not much stable. He started working at the Lawyer’s for the first time where he used to get a monthly salary of Rs.5. Munshi got into every subject and tried his best to attain it. He eventually grabbed a good job through his hard work and was appointed as the Principal of a Missionary school.

So, Premchand worked hard and struggled a lot in life without any regrets. After leading a calm and simple life, he took his last breath on 8th October 1936.

Moving ahead with the educational background of Munshi Premchand Biography, Munshi started his education at 7 years of age. While staying in village Lamhi which is in Madras, Munshi learned Urdu and some parts of English along with Hindi. He worked hard and completed his schooling on his own.

Munshi finally managed to enroll for graduation in a college of Banaras. But, due to poor financial conditions, he had to leave his education in between. He obtained his schooling in such a difficult manner. Munshi never gave up on his education and continued his studies in 1919 and graduated with a BA degree.

Premchand’s family never loved him and cared about him completely. Struggling in life at such a young age, his father pressurised him to get married. He was married against his will to a girl who was dominant and quarrelsome in nature. His father chose a girl from a rich family background irrespective of observing how she looks or how she behaves.

Soon after his father died, the entire responsibilities of the family laid on Premchand. Even after getting a decent job, Munshi had to sell his family assets to live a stable life. Munshi was not happy with his wife so he divorced her.

After some time, he married a widow at the age of 25. Premchand’s second wife was lucky for him and he was in favor of his second marriage. He succeeded in life and lived the happy years of his life after he was married at the age of 25.

Premchand struggle a lot in his life and did not give up till this last moment. He was not only an amazing Hindi writer but also in Urdu. Moreover, he presented some of his writings in Urdu as well. He left his village in Banaras and shifted to Kanpur for at least four years.

SHAKUNTALA DEVI BIOGRAPHY: MORE ABOUT HER LIFE, CAREER, AND MORE

There he met the editor of a magazine and contributed his articles and stories to publish. Reaching great heights, Munshi wrote many poems for the freedom movement. Apart from poems he wrote stories and articles and was appreciated by everyone. So, Premchand also got promoted in his work and transferred to Gorakhpur. Every article of munshi premchand was published one after the other. he also actively participated in the Mahatma Gandhi andolon.

Munshi’s novels were published in Hindi and Urdu. Later he decided to come to Banaras. After concerning his wife in 1921 he even quit the government job and paid attention to writing. So, he even changed the way of his writing and tried his luck in the cinema world. Munshi wrote many scripts for the films. He was even selected for a film as a scriptwriter but unfortunately, the film was not on screen. Munshi bore major losses after that and decided to leave Mumbai and come back to Banaras. Through these ways, he never gave up on his life and worked hard till his last breath.

ARTICLES, POEMS, COMPOSITIONS AND OTHER LITERARY WORK OF MUNSHI PREMCHAND

So, there are many novels articles, and poems of munshi premchand and all of them were prominent. He wrote many kinds of compositions since childhood not only in Hindi but also in Urdu. He contributed his best through novels dramas poems stories and articles in Hindi literature. Some of the famous compositions of Munshi Premchand are Godaan, kafan, and many more.

So, he was the kind of person who was so creative and was a straight-to-the-point speaker. He is still an inspiration for others and all the writers around the world. 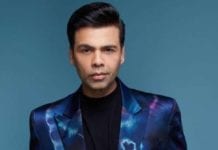 KARAN JOHAR BIOGRAPHY: KNOW ABOUT HIS LIFE, CAREER AND MORE 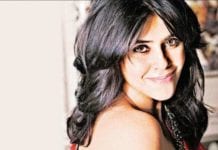 EKTA KAPOOR BIOGRAPHY: KNOW ABOUT HER CAREER, LIFE AND MORE 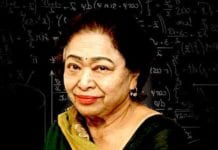 SHAKUNTALA DEVI BIOGRAPHY: KNOW ABOUT HER LIFE, CAREER AND MORE 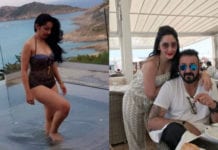 MANYATA DUTT BIOGRAPHY: KNOW ABOUT HER LIFE, CAREER AND MORE