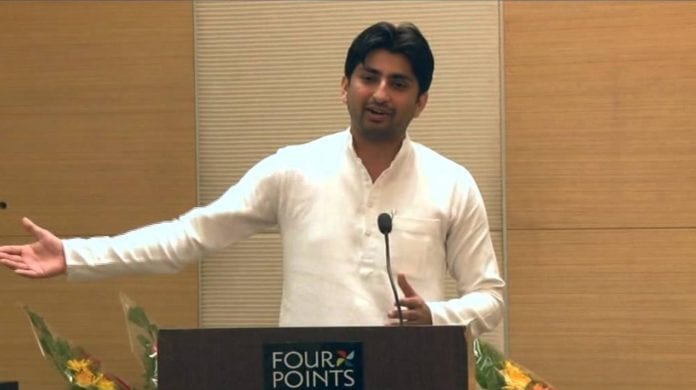 New Delhi: Arun Hooda, who was the former DUSU (Delhi University Students’ Union), President, from NSUI has returned his LLB degree. He has done this as a part of his protest the decision of the DU to conduct an online Open Book Examination for the final year/semester students.

He and his party, NSUI believes that it is the duty of student leaders to fight for the rights of students. This can be done only when the leaders stand by the students in their struggle.

The former DUSU president gave away his degree to Dean (Examinations) Vinay Gupta as the Vice-Chancellor of the University, Yogesh Tyagi, was not available.

He had gone to the DU office to collect his LLB degree. After receiving the degree he asked Vinay Gupta to keep it. This was because the students of the University will anyway fail in the online exams.

He said that being the former DUSU President, it was his duty to work in the interest of the students. In his conversation with the Dean (Examinations), he repeatedly mentioned the safety of students against coronavirus. He also mentioned that it is almost impossible for the students living in rural areas to participate in this online open-book examination.

The Dean (Admissions) refused to take back his degree. Upon refusal, Arun Hooda kept the degree on the table and left.

The entire North campus has been painted with slogans like “DU against OBE” and “Scrap OBE”. There have been several protests by the student and teacher organizations against the Delhi University’s decision to conduct the online open-book examinations.

The NSUI has also released a press release demanding the mass promotion of all students and they should be marked on the previous semester results with an increase of 10%.