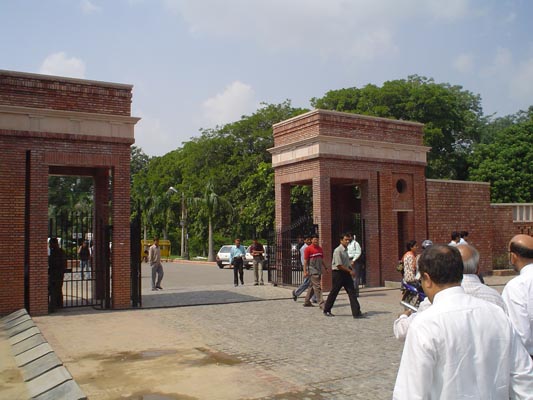 Prof Akeel Bilgrami who is Sidney Morgenbesser Professor of Philosophy at Columbia University will be the guest speaker at the international webinar.

Prof Bilgrami will be speaking on “Gandhi and the Claims of Indian Modernity”.

India is celebrating the 150th birth anniversary of the great leader Mahatma Gandhi. He was a visionary who always dreamt of building a society that is free of caste, religious, economic, and even gender prejudices and his messages indeed transcend time and space. This is an occasion to remember them and translate/inculcate them into our everyday practice and life.

Social Work draws heavily from the Gandhian Values and his principles. It is time to revisit and re-emphasize these principles. The Department of social work of the University of Delhi is holding/ conducting a series of international webinars on Gandhian thoughts and social work practice during the entire month of September 2020. Faculties, researchers, and students of the departments of social work both from India and abroad, members of various NGOs, and all those who are interested in the theme are cordially invited to participate in these events.

Prof Bilgrami is Sidney Moargenbesser Professor of Philosophy, Columbia University. He is also a Professor on the Committee on Global Thought.

Self Knowledge and Resentment and secularism (2006),

He is also the editor to the following books:

Prof. Bilgrami has extensively written on GANDHI and his thoughts in many renowned and reputed journals.