The third cut-off list 2021 of Delhi University (DU) will be out on 16 October. After seeing the perfect score in the first list, there has been a slight decrease of 0.5 to 1% in the second cut-off and third cut-off also. Cutoff for top colleges such as Miranda House, Hindu College, Ramjas College, etc remains above 90%.

However, many colleges have declared their rank after the first list for top courses like BA (H) Political Science, History. Access has also been closed. Economics, etc.

Ramjas College had demanded 100% for under BA (H) Political Science. There are only two vacant seats left under this course. Whereas the cut-off for the rest of its courses was around 98-99%.

Hindu College has just released its first cut-off for the courses like BA program, BA (H) Political Science, Hindi, Philosophy, and for most of the science courses. B.Com and BA (H) in Economics require 99% and 99.25% respectively.

WHAT MAKES SRCC SO DESIRABLE COLLEGE IN DELHI UNIVERSITY?

Based on this Delhi University third list, the admission will start from October 18 and will continue till October 21. Against the third cut-off, colleges will complete the admission acceptance process by October 22 and the last date for fee payment will be October 23.

The university had earlier said that it would release five cut-off lists for admission in 2021 along with a special list. 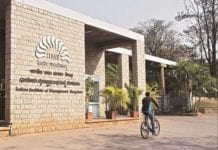 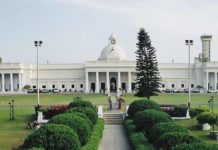