A majority of students from Hyderabad and other places in the city have started seeking admission to private universities because of the uncertainty over EAMCET and JEE. Many think that the exams might be delayed further, even though they are scheduled to be held in September.

Private universities like the Vellore Institute of Technology (VIT) and SRM Institute among others have canceled their entrance exams. They have taken this decision because the parents are not particularly inclined towards sending their wards to appear for examinations during this pandemic.

GV Selvam, Vice-President, VIT University, said that once the cancellation of entrance exams was announced, 10,000 applicants were received each day.

He also said that they receive over 2 lakh applicants every year. But this year, the number of applicants might go higher as many students have planned to cancel their plans of going abroad for higher education.

He added that they are going to release a rank list in August based on class 12 Marks, SAT (Scholastic Assessment Test), and JEE.

Another source from a well-known deemed university said that the number of applicants is going to increase significantly as many students do not plan to go abroad for further studies this year. A 25% increase in the number of applicants in Lovely Professional University (LPU) has been seen. Many students from Telangana and AP join the LPU every year.

STUDENTS SUFFERS THE WORST IN THE GOVERNMENT AND UGC DECISION

Aman Mittal, additional director, LPU said that the reason for the increase of applicants might be because of the way they handled things during the pandemic.

Parents said that they do not want to wait until September or October to secure a seat. Admission to private universities, is, therefore, considered the best option by many of the pare B Sanjana, a parent, said that she has sent her son’s application to almost all the private universities of Telangana, Karnataka, and Tamil Nadu. She has even received provisional admission from a couple of them.

She wants her son to secure a seat in computer science engineering so that there is no pressure for him to appear in the entrance examinations. 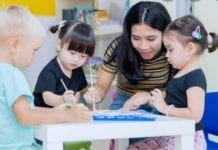