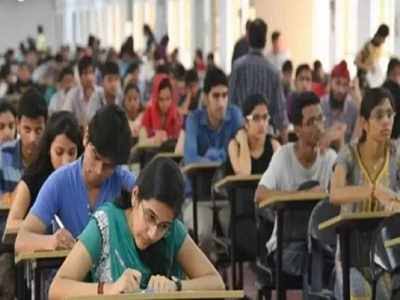 Exams of final year students are still left to be conducted by many universities due to the COVID-19 pandemic. UGC has released its final guidelines for the conduct of offline, online, or both kinds of exams.

Exams of final year students will take place within September. This created a more chaotic situation in the country. UGC sent a notification of April 29. It mentioned that these guidelines are advisory in nature. Each state can follow its own plans considering the COVID-19 pandemic. Many states like Punjab, West Bengal, Maharashtra, and Odisha canceled their exams as COVID-19 cases were rising at a high rate in these states. As they have dealt with the issue of conducting exams, they now focussed on evaluation and online classes of intermediate students. The guidelines issued by UGC are compulsory to be followed by higher educational institutions. Regarding State Government, they can make the decision as per the interest and safety of students. As states cannot take decisions on their own, it is mandatory for them to follow these guidelines.

Madhya Pradesh Government first cancels exams and now is willing to conduct it. Delhi Government declared exams canceled even after the release of revised guidelines by UGC. Himachal Pradesh Government will conduct exams in the month of August. Karnataka will also conduct exams within September. This decision taken by the state government is creating a state of more confusion and students are the worst sufferers in this decision.

UGC SHOULD FORMULATE THE METHOD OF CONDUCTING EXAMS

UGC released the guidelines on July 6 for conducting exams by the end of September. Promoting students without exams and granting them a certificate cannot be done. According to it, that certificate can cause a problem in the long run and may not have due weightage. These guidelines justified academic capability and career opportunities with exams. State government urged UGC to revise its guidelines. They said to revise the deadline for conducting exams by September end in offline or online or in both manners. They said that UGC should frame alternative methods for conducting exams. Many opponent parties urged UGC that they should carry out a homogeneous structure of online/open book exams. Poor internet connection is accessible to only 36% of the population. The majority of people do not have access to internet connectivity.

DUTA is against the mandatory guidelines issued by UGC. They stated that it is against the personal interest of students. Madhya Pradesh Government also tweeted that they requested MHRD to allow them to cancel exams. UGC examined the status of state government regarding exams. It revealed the response of 640 universities. 182 universities have already conducted exams. 234 are planning to conduct before September. 33 are planning to conduct as per the statutory council. 177 are yet to decide their course of action. UGC will take action according to the responses and other universities will also implement the guidelines. The youth wing of Shiv Sena, Yuva Sena has filed a petition in the Supreme Court challenging UGC’s decision of conducting exams within September. Everybody is expecting that the decision of the Supreme Court will be in their favor.

A workaholic and an eccentric writer who can’t refrain from expressing her opinion from everything, Kanika’s only motive is to let her readers flip through the best content with immense reality.

A SERIES OF GLITCHES UNDER VC YOGESH TYAGI : DELHI UNIVERSITY