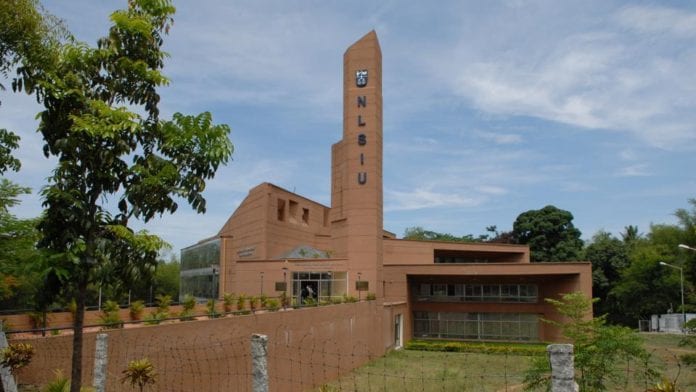 National Law School of India University (NLSIU) proposed to conduct a separate entrance exam named NLAT (National Law Aptitude Test) for admission into its courses. But the Supreme Court told the university to maintain the uniformity by admitting students on the basis of CLAT (Common Law Entrance Test). The apex court said that CLAT serves both national and educational interests. It directed the university to honor the results of CLAT 2020 and delete the notification to hold another entrance test.

On the 12th September, National Law Aptitude Test (NLAT) was held for admission into the prestigious NLSIU to the BA LLB (Hons) course.

In another update, a three-bench judge named Justices Ashok Bhushan, R Subhash Reddy, and M R Shah notified the date to conduct CLAT 2020 on September 28th. They asked the National Law Universities (NLU’s) to strictly abide by the same. The Ministry of Health and Family Welfare and Ministry of Human Resource Development released Standard Operating Procedures (SOP’s) to be followed by all the students and staff. Moreover, the safety of the students should not be compromised and every precaution should be taken.

This common test serves the principles of “transparency and merit”, the Bench said. They added that CLAT was designed and formulated after many deliberations. It’s good for national and educational purposes that all law universities conduct a single, uniform entrance test. CLAT has evolved and strengthened over time. It has covered a long journey and is not going to stop.

It is advised by the Supreme court that the NLU’s should start their session by mid-October. For that, the consortium is asked to complete all the admission procedure and result declaration as soon as possible.

R Venkata Rao, former Vice-Chancellor of NLSIU filed a PIL against the university’s decision to hold a separate entrance test. The three-judge bench was hearing this plea when it came to the above conclusions. In NLSIU defense, the Senior Advocate expressed his concern over the repeated postponement of the CLAT examination. In order to avoid a zero year, NLSIU decided to design a separate test for its university. But the court rejected this explanation by saying that it can’t be counted under necessity.

The court said that UGC sets the standard of education in our country. On a notice dated 29th April 2020 universities were told to change their academic calendars due to uncertain times. NLSIU should have respected its integrity and not notified to conduct another test. The necessity clause thus failed in this case.

Moreover, the NLAT conducted on 12th September does not ensure transparency as it was a home-based online examination. It will raise questions on the capabilities of the candidates. NLSIU is a renowned institute selected as the first choice of 60% aspirants. The entrance test of such a premiere university can’t be subject to criticism.

The petitioner said that the technological divide prevented many students to appear for the exam. Court agrees with this plea.

The court further said that NLU’s should cooperate among themselves and maintain the integrity of CLAT. It’s compulsory on all the member institutes to admit the students into UG and PG courses on the basis of CLAT.