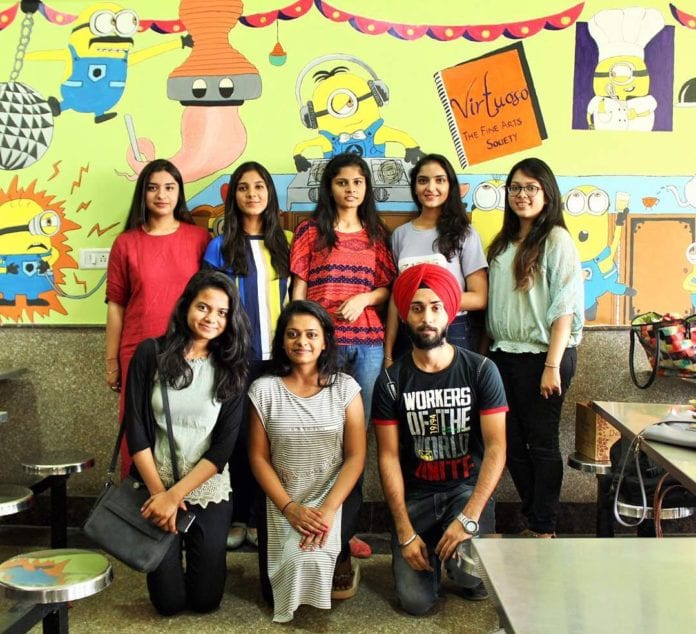 The object of art is not to reproduce reality, but to create a reality of the same intensity. And to give the artists of the college a creative medium to recreate their imaginations, VIRTUOSO – The Fine Arts Society of Sri Guru Gobind Singh College of Commerce organized a week long art extravaganza from 22nd April to 29th April. 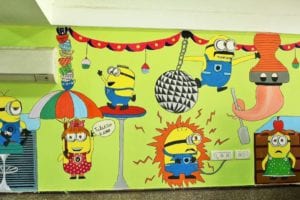 As a part of this, the team members completed a ‘Minion’ themed mural on the canteen walls. The team realized that colleges, apart from the ones of design, have monotony etched in the walls, to the core of it. In what we all chase, we forget that colors and art go in tandem to create magic and vanish monotony. Such was the idea behind painting the walls of dull hues by what all have been missing out– the life. 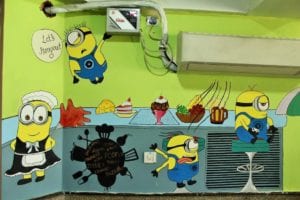 The fun, the stupid, the characters with an alien language which could bring on a ride of laughter. But, the members had to not miss the essence of commerce in the painting, so it is p   resent in each of the minions’ thoughts and conversations. This was a part of the art extravaganza, initiated by the society, bolstered by the authorities, certainly received well by the colleagues and made most, laugh. 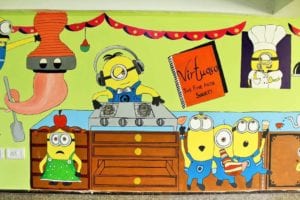 For the students it was even more fascinating to see art travel from sheets of paper to the huge walls. Took 10 members, 7 days, much toiling, paint splats on the clothes, but the end was as beautiful as the means. Both the journey and the result are worth remembering. Moreover, this project has added to the society’s growing list of accomplishments.
Virtuoso has been successful in the creative enrichment of all its members this past year and strives to keep up with growing at this pace, since they strongly believe in the principles of constant improvement and continuous development. 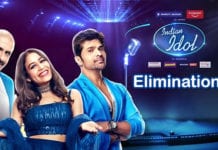 WHO WILL BE THE WINNER OF INDIAN IDOL 2021? TOP 4 FINALISTS REVEALED 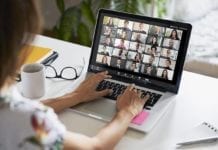 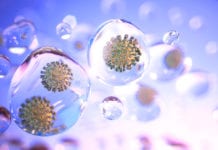 WHAT IS AIRBORNE TRANSMISSION? HOW IS INFECTION RATE HIGHER IN CLOSED SPACES? 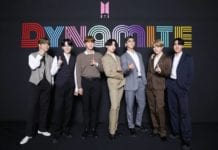 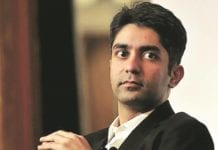 WHAT IS AIRBORNE TRANSMISSION? HOW IS INFECTION RATE HIGHER IN CLOSED...