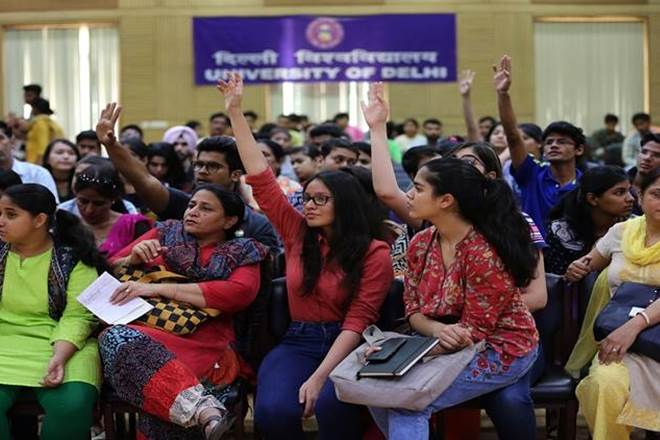 Students complained against the non-functioning “edit” option in admission forms on the second Open Day at the Delhi University (DU) on Monday.

This year, students have been given the option to edit their forms once by paying a fee of Rs 100, but this has not been made functional yet.

This year, the students will also have an option of “Eligibility Check”, under which they will be able to check whether they meet the minimum eligibility criteria for a course, which will be made active when the first cut-off is announced on June 20.

An official said, “We are checking how many students would need the option. We have received nine such requests and this option will be made active from Tuesday.”

Another query that the officials received was regarding the non-functioning online calculator, which, parents said, was not taking into account the highest marks scored in certain subjects, but was picking up subjects with low scores.

An official said the facility had not been made functional till now. Another official, however, said the online calculator had not been successful and they were trying to rectify it by the time the cut-offs were announced.

Parents also complained about the delay in receiving the OTP (one-time password) after registering on the admission portal, but officials said it might be due to high traffic and asked them not worry. Till Monday, 1,92,213 aspirants had registered on the portal and 98,728 of them had made payments.

WILL THE CONSORTIUM POSTPONE CLAT 2021 AGAIN??