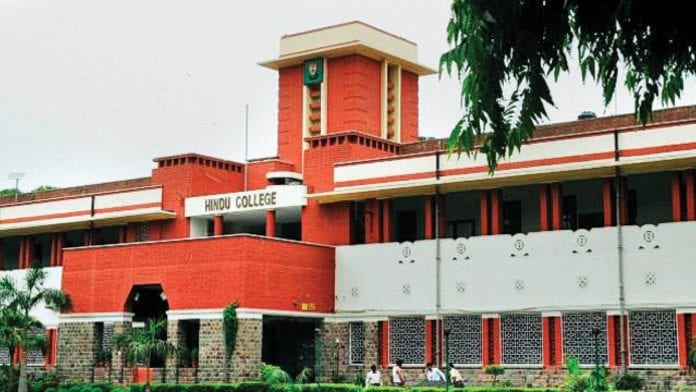 Amid the uncertainty and chaos prevailing over the issue of conducting open book examination for the final year students of Delhi University, there is yet another speculation.

The students of the University of Delhi are constantly in a state of dilemma and confusion about when and how are they supposed to appear for exams.

After a prolonged dramatic episode of dithering announcements and minor- major failures on the part of varsity administration and expression of great disappointment on the part of the students and teachers, there came a totally unexpected announcement on by the HRD Ministry and the UGC guidelines.

It was announced that the examinations for the final year/semester university students will be held compulsorily by the end of September month.
Post this, another announcement surfaced that the universities and colleges are free to conduct examinations in an online, offline, or blended mode, whichever is convenient enough.

This left all the students in a state of extreme confusion that whether they will have to appear for the open book examinations scheduled to commence from July 10 or will they now be appearing only after a new schedule is announced after UGC’s new guidelines. Although a buzz also grabbed attention that the exams will commence only as per the schedule already announced but those students who, due to any reason, are not able to attempt the examination in the OBE mode and also those who couldn’t upload the answer sheets on the portal this time can appear later when exams will again be scheduled in September.

The entire scenario was very much dramatic.

Recently a new speculation has surfaced and should be taken to notice. It is expected that Delhi university might defer exams in the open book method again by a month after the new guidelines of the UGC to assess the graduating batch by the end of September.

As reported by Indian Express, now the University may hold examinations for final year students after August 15.

HRD Miniter Ramesh Pokhriyal tweeted “Held a meeting with officials of @HRDMinistry and Delhi University today to discuss a synchronized calendar for DU admissions & #CBSE board examination results etc. I would like to assure everyone that we at MHRD are committed to students’ health and quality education,”. The final- year exams and admission calendar were discussed in the meeting, he further added.

This meeting was held between university representatives and ministry officials eyeing the growing and already massive discontent and disappointment by the students over the university’s decision to evaluate them online.

It is noteworthy that the mock tests held by DU were full of glitches, major errors, and even the site crashed multiple times. Even the teachers took to Twitter to express their disappointment saying they received continuous panic calls and messages from students while the mock exam.

As a result of all this, #DUAgainstOnlineExams is trending in twitter and now some students are even protesting again OBE on the university campus despite the fear of the pandemic.

READ: DU OBE: STUDENTS HAVE OPTION TO GIVE OFFLINE EXAMS IN SEPT, IN CASE THEY MISSED THE PRIOR ONE

Delhi University might take a final call on the conduct of examinations today, as per the sources and reports. There is a court hearing scheduled for tomorrow, 9 July 2020. Any final decision can be considered only after that.

University is even pondering overextending the admission window to include even those who will be appearing for engineering and medical entrances.
JEE (Main) is scheduled between September 1 to 6 whereas NEET is would be conducted on September 13, as per the reports till now.
The admission process in DU may wind up only after these entrance tests are over and the new academic session is likely to begin in November.