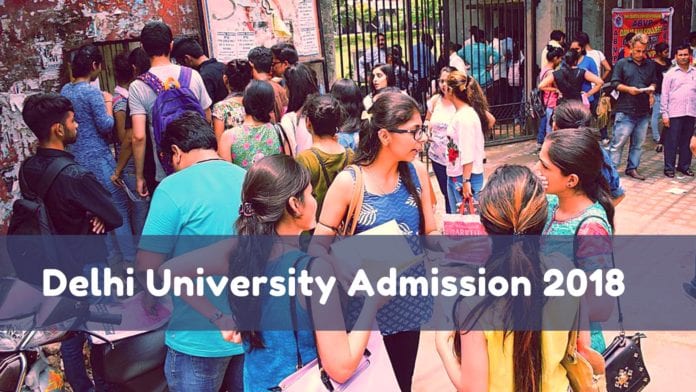 Many states and territorial legislation have vowed that they would abort the practice of awarding high marks in class 12 board examinations. It paves the way easier to get admission in the undergraduate programs at DU Admission 2018. Students had been in dire straits because of the high cut-off set up by the Delhi University for admissions.
Till now 23 states and Union territories have committed their assurance towards the request and initiative by the Government. Tamil Nadu is one of the latest states to send the letter on 5th of April to the Ministry that would grant strong commitment to avoid dilemma.

List of Other states which had granted their support to the Government are:

“The state board of examination has been following the practice of awarding base marks only to pass the borderline cases, it has been decided to disclose the quantum and policy for moderation on the website and when the decision is taken.” The above letter has been written by Pradeep Yadav, Principal Secretary to the Government, State Education Department.

In 2016, out of the 188 admissions approved to the B.Com. (Honours) courses in Delhi SHRI RAM COLLEGE OF COMMERCE on the first day, out of 129 were from Tamil Nadu, surprisingly 33 of those were from the same school.

This self-restraint policy allowed School Boards to give students extra marks. But some State deployed this system to increase the marks of their students. Increasing dramatically the overall passing percentage and created disappointment among the students.

Student obviated by the high cut-off marks set up by the Delhi University Colleges that in recent years. Sometimes the cutoff touched 100% that repudiated many candidates to take admission in the course according to their will.

According to officials familiar with the development, a number of states had been waiting for Tamil Nadu to respond before sending their own responses to the Human Resources Development (HRD) Ministry.
Most of the states have responded and the remaining 13 states and UTs are also likely to send their response now as they were waiting to see Tamil Nadu’s response,” said a senior HRD official on condition of anonymity.

In October 2017, school education secretary Anil Swarup had written to the heads of all state education boards advising them to avoid “bunching of marks” and “their spiking”.
Officials in the Central Board of Secondary Education (CBSE) claim that moderation is adopted in cases of ambiguity in question papers and evaluation vagaries, based on statistical analyses. Check the list of top colleges in India 2018