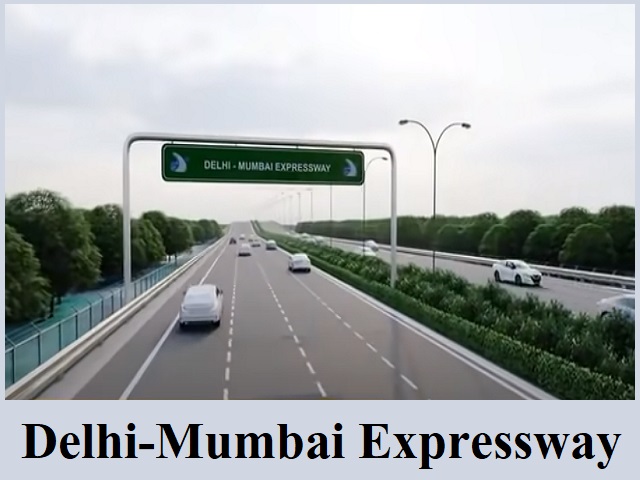 Recently, Union Minister for Road and Transport Nitin Gadkari reviewed the progress of the Delhi-Mumbai expressway in Sohna. Two cities will now have just 12 hours of travel time, he said.

Nitin Gadkari has been known for his works to assigned ministry. Now we can see expeditious works on roads and transport. Delhi-Mumbai expressway will reduce commute time between the national capital and financial capital.

This expressway is of length 1380 km and costs Rs 98,000 crores. It is likely to go to the public in March 2023. Moreover, it will be the longest expressway in the country. The first phase from Delhi-Jaipur (Dausa)-Lalsot, Vadodara-Ankleshwar is likely to be open by March 2022.

WHAT IS SPECIAL ABOUT DELHI-MUMBAI EXPRESSWAY?

Firstly, Delhi-Mumbai connects the national capital and financial hub of the country. It consists of 8 lanes, can expand to 12 lanes in the future. It will connect Delhi and Mumbai through six states, Delhi, Haryana, Rajasthan, Madhya Pradesh, Gujarat, and Maharashtra. The expressway will have connectivity to other major highways in those states.

Moreover, the expressway will also have other facilities like food courts, fuel stations, facilities for truckers, and much more. Further, there will be a provision for helicopter ambulance service for accident victims. Delhi will have a reduction of 27% of vehicles pollution.

Delhi-Mumbai expressway forms three animals and five wildlife overpasses for their unrestricted movement. The expressway also makes up two tunnels of length 8 km for the preservation of endangered fauna.

From this, we can think of economic growth. Moreover, the expressway will connect the economic hubs of the six states. The number of villages will have economic prosperity. Haryana CM said it will bring industry and employment to the region (Palwal, Nuh, and Gurgaon). With a reduction in travel time and better connectivity. There will be more efficient economic activities. The expressway will link Jewar Airport and Jawaharlal Nehru Port in Mumbai.

NITIN GADKARI IN THE PRESS CONFERENCE

Union Minister, after informing about the work progress. He said Ministry is looking for other materials to cut down the use of steel and cement.

He also stated that they paid 1.5 times more than the market price to farmers for land acquisition. Also appealed to farmers not to sell their land to builders and developers. Instead of it, farmers can themselves make a profit from their lands.

He emphasized the road’s importance for economic growth. The public will have to pay toll tax for better service, he said. Moreover, he will soon inaugurate the Delhi-Meerut expressway.