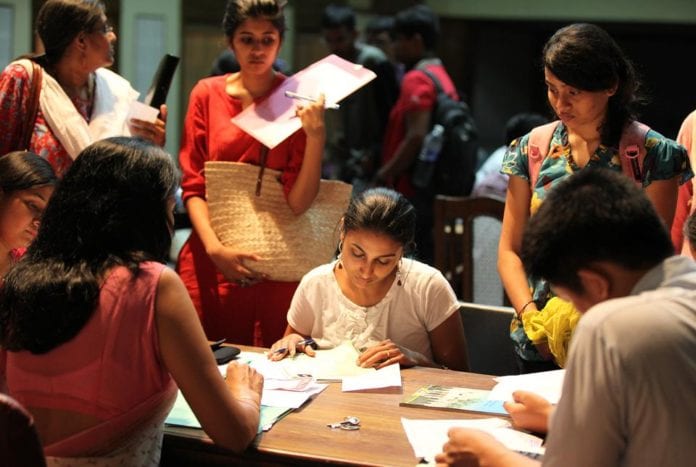 Delhi University, DU 3rd Cut off List 2019 has been released. The complete cut off for Science, Arts & Commerce as well as for BA programme is now available on du.ac.in.

Apart from the Third cut off list, DU has also released the schedule for admission under Sports Quota on du.ac.in. Candidates are advised to go through the official website for more information.

The prestigious Hansraj College released the third cut-off for B.A Economics at 97.75 percent and for B.Com Honors, at 97.25 percent.

As per the information available, more than thirty eight thousand seats in Delhi University have been filled from first and second cut off list.

The third cut-off list of Janki Devi Memorial College reveals the highest cut off is for B.Com (Hons.) with 93.5 percent.

The glorious Miranda House has released the highest cut off as per third cut off  for B.A Economics with 97.75 percent followed by B.A Geography. The college has closed down admission for B.A English, B.A Hindi and some other major courses as per unavailability of seats.

The courses in which admission process is still ongoing is Hindi, History, B.Sc Mathematics, Political Science, Sociology and B.Voc.  in Jesus and Mary College and provides hopes to many girls in landing up in their preferred courses. Students may please note that the admission process under the third cut off list would be done on July 9, 10 and 11.

PGDAV college (Eve) third list remarks that the admission process is open for only B.Com Programme and B.Com Hons. All the other courses offered by the college have been closed down after first and second cut off list.

The Zakir Husain Delhi College  has closed down admission for many courses that includes some good combinations for B.A Programme.

In the third list of Shaheed Rajguru College Of Applied Sciences for Women the highest cut off for general category is of B.A Psychology Honors with 94.75 percent.

The admission process for major courses have been closed down for general category candidates in Mata Sundri College. The B.A Psychology course needs 95.5 percent cut off, which makes it the highest in the third cut off list.

According to the third cut off list of Kirori Mal College, the admission process for many courses have been closed down. For B.A.[Hons.] Economics course, the cut off is 97.5% and above but below 98% marks in aggregate thus, just dipping by 0.5%.

SRCC has closed down the admission for B.A Economics Honors. Students who want to take admission in SRCC in B.Com Honors should have 97.75 percent, if belonging to general category.

The highest cut off released as per third cut-off list in Vivekanand College is of B.Com honors with 92 percent. The lowest offered by the college is for B.A Sanskrit Honors with 52 percent marks.

Popular courses, however, have closed for Bhagat Singh and Satyawati as well as in Gargi.

Reports suggest that 43,854 seats have been filled at the end of 2nd cut off. However, the cut off lists released so far still show admissions for most of the colleges. Admissions might open due to withdrawals and cancellations.

The admissions to most of the courses had closed for the college for general category as pee third list in Gargi College. Seats are still available for B.Com courses and also for BA English (Hons.) course. The cut off for BA English (H) is 95.5% while for B.Com (H) is 96.25%.

As per the third list of Shaheed Bhagat Singh , admissions are still open for most of the courses in general category. The cut off for B.Com Hons. has reduced marginally to 96.25% while the admissions for OBC category for BA Economics Hons. has closed. Admissions are also closed for BA Political Science Hons.

Students may please note that the admission process under the third cut off list would be done on July 9, 10 and 11. Students who wish to shift the college and/or course may do so by the deadline of July 11. Also, Delhi University has scheduled 5 cut off lists. In case there are still vacant seats, the varsity may release sixth or seventh cut off lists as well.

The varsity also gives admission on the basis of entrance test to courses like BBA, BA Journalism and so on. The examination – DUET 2019 was conducted by NTA this year. The admissions for the specified courses would commence after DUET 2019 result is declared.

NEET PG ADMIT CARD 2021 WILL BE ISSUED ON THIS DATE 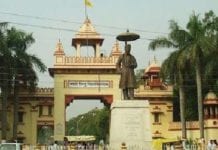