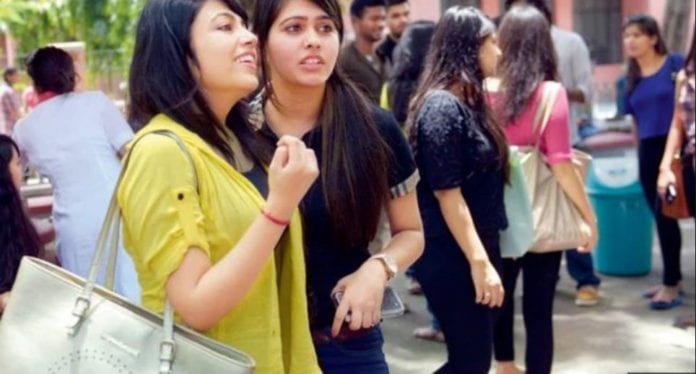 The Delhi University’s Non-Collegiate Women’s Education Board (NCWEB) came out with the dates on which will announce its cut-offs. The first cut-off will be announced on July 15, second list on July 20, third list on July 26, the fourth on August 1 and the last fifth list on August 6.

With lectures being delivered only on the weekends, the NCWEB is a non-formal system of obtaining a degree from Delhi University. Only women students residing in the National Capital Territory of Delhi can enroll themselves as the students of the board.

Meanwhile, the Delhi University’s admission has reached over 31,000 after the second cut-off with 2,693 admission cancellations and 580 withdrawals.

On Friday, the second day of admissions after the second cut-off was announced, in order to seek answers to their queries, students approached the office of the Dean Students’ Welfare.

The students were disappointed at not being able to get into courses or colleges of their choice. Their admissions were getting cancelled either due to lack of information or delay in payment of fees.

A glitch in cut off leads to a frenzy.

The non-compatibility of the cut-offs between the DU portal and college website has created a little chaos among the students. The cut-off set by one of the courses by Ramjas is 95.25 percent, however, the web portal of the university displays it to be 92.25 percent. This creates a false expectation among DU aspirants.

Non-Collegiate Women’s Education Board was established by a Delhi University act in 1943, wherein women students were enabled to take some of the examinations of the University with special coaching but without attending regular classes. This gave shape to the Non-Collegiate Women’s Education Board (NCWEB) and provides an opportunity to those women aspirants who cannot attend the regular college.