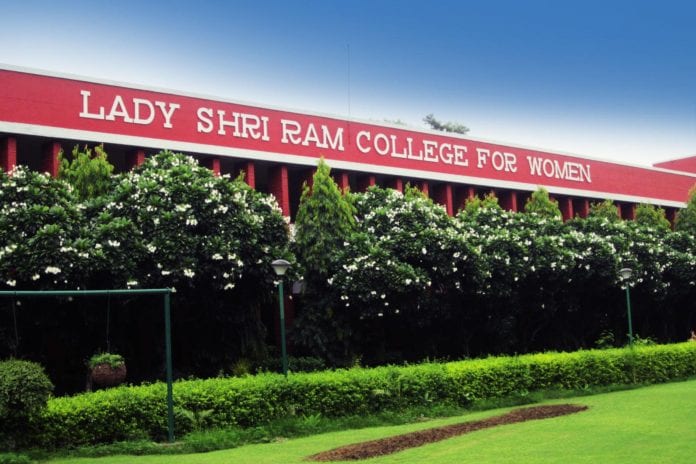 Lady Shri Ram College for Women(LSR) set a 100% cutoff for Economics Honors. However, the admission applications for this course is Zero. Academic year, 2020-21 witnessed sky soaring DU cutoffs with LSR topping the list. Psychology Honors and Political Science Honors also had the 1st cutoff as high as 100%. The statistical data uploaded by LSR’s official website depicts zero admissions for B.A. Economics honors in particular amongst the three.

1st cutoff admissions started from 14th October 2020 and ended on 17th October 2020. LSR witnessed zero admissions for B.A. Economics during this time. Hence, this was unexpected by the college as the cutoffs were announced considering the Board results.

B.A. Honors Political Science, observed admissions for 20 seats. However, political science also had a cutoff of 100 percent. B.A. Honors Psychology witnessed admissions for 3 of its seats. Hence, these are the analyzed official data for 1st list admissions. Therefore, candidates understand that nobody with 100% marks applied for B.A. Economics at LSR.

OVER 9,700 APPLICATIONS MADE ON DAY-1 OF THE 2ND CUTOFF ADMISSION

B.A. Economics dropped the cutoff by 1 percent. Political Science and Psychology cutoffs also dropped by 0.5 percent in the 2nd cutoff.

A college official said that the past LSR legacy of keeping a 100 percent cutoff was maintained in the academic year 2020. However, the underlying factor for this is to avoid over admission as the varsity lacks accommodation facilities. Suman Sharma, principal of LSR said “ 25 applications were received for Economics honors, but all of them stood rejected failing the criteria.” She also added that zero applications this year is astonishing as Economics is one of the popular courses.

Hence, a total of 46,000 admissions are confirmed on the existing 70,000 DU seats. Withdrawal and cancellation of admissions are also witnessed in the 2nd cutoff. Aurobindo College saw 235 withdrawals and Ramjas College also reported 60-70 cancellations.