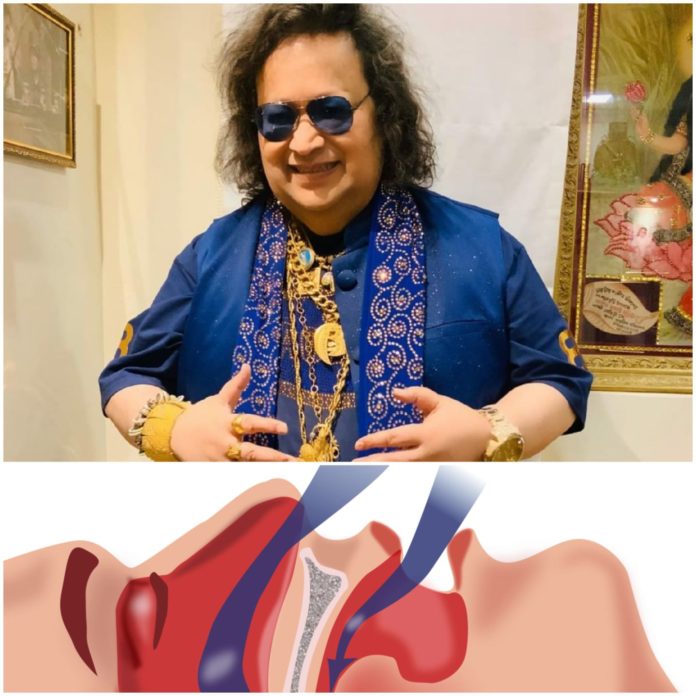 Veteran singer Bappi Lahiri passed away in Mumbai today due to Obstructive Sleep Apnea. The singer and composer had a huge fan base and had popularized disco-pop music in the country in the 80s and 90s. Thus, today, dated 16th February 2022, he took his last breath and passed shortly before midnight.

As per the reports and his doctors, Lahiri had several health issues. But, Obstructive Sleep Apnea was responsible for taking away his life. Dr. Deepak Namjoshi, the director of the hospital stated that Lahiri was admitted to the hospital for one long month. Also, he was discharged on Monday but his health kept deteriorating and the family had to recall the doctors. Thus, Bappi Lahiri was brought to the hospital yet again on Tuesday. As per Namjoshi, Bappi Lahiri death cause is Obstructive Sleep Apnea (OSA).

Hence, just 10 days after the death of the nightingale of India, Lata Mangeshkar, another great singer passed away. Mr. Lahiri was last seen in the famous reality show Big Boss season 15 in a weekend episode with host Salman Khan.

What is Obstructive Sleep Apnea?

OSA is a condition in which the upper airway of a person is blocked by something while the person is fast asleep. Here, the muscle supporting the soft tissues in the throat, like the tongue or soft palate relax. Thus, due to such blockage, the diaphragm and the chest muscles try and work hard to open the airway and pull air into the lungs. All this results in the shallowing of that person’s breath. Hence, they might then breathe again with a loud jerk or gasp.

Under normal circumstances, the air inhaled through the nose should easily flow into the lungs directly. Also, this includes the times when a person is asleep. So, periods, where breathing stops completely, are known as apnea often called an apneic episode. As for Sleep Apnea, the breathing is constantly stopped the entire night.

However, Obstructive Sleep Apnea (OSA) is most common among older males. But, the disease can affect anyone including children. The chances of getting affected increases soon after menopause in females. Also, similar is the rate of it happening to men of older age.

Snoring and Obstructive Sleep Apnea (OSP) are often associated. In the case of OSA, snoring is accompanied by several small periods of silence. However, snoring itself does not carry any potential threat as not everyone who snores has OSA.

The majority of the patients complain about daytime sleepiness. Thus, in Obstructive Sleep Apnea, the sleep quality degrades due to a decrease in oxygen supply to the body parts and brain. Hence, it causes a lack of clarity in the mornings and drowsiness.

These are the common OSA symptoms reported while the person is asleep. Such symptoms are also detected during health maintenance screening.

Other common symptoms of Obstructive Sleep Disorder include:

What are the causes of Obstructive Sleep Apnea?

Some of the common conditions that cause OSA are the following:

What are the risk factors of Obstructive Sleep Apnea a person should consider?

Certain physical features can indicate a high risk of OSA. Hence, a person having those features is at high risk.