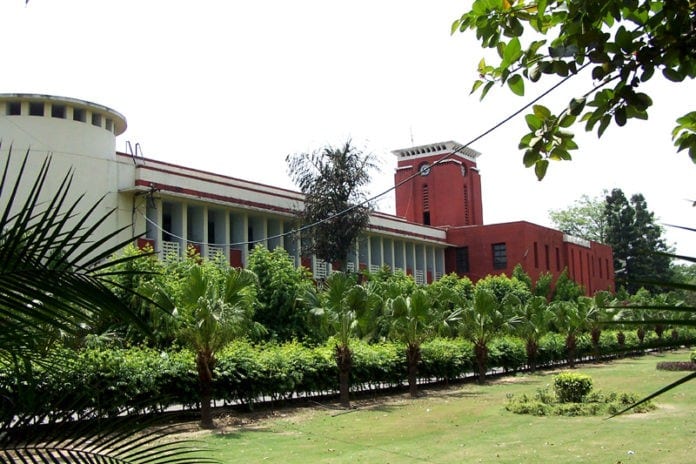 Ramjas college is again in news.Yes you have heard it right “No function after 4pm and No DJ” are a new set of rules which are imposed by the acting principal PC TULSIYAN which has left students and teachers piqued.
These rules are for all the events be it the fresher’s,farewell party and all the other functions that would be held in the college premises The reason behind is to maintain a noise free academic ambience in the college.

All functions must conclude strictly by 4pm. No audio amplification (speakers) of any kind will be permitted. No DJ will be permitted. The permission for the same will only be given, if it is a written recommendation by the teacher of the concerned department,” the notice says
teachers, one of them a woman, must remain till the function concludes.

Teachers have called this notice regressive and said such a regulation is uncalled for in an educational institution with adult students. “The students are adults. Why should they be under teachers’ supervision in a non-class environment?” asked a teacher, on condition of anonymity.

Several students are not in favour of this decision taken by the principal. This is certainly not right, everyday the principal comes up with a new set of regulations. Why can’t we stay in our college after 4pm? We are not in school, why can’t we have the freedom,” said a second year student of the college.

Whereas the acting principal TULSIYAN defends his point by saying that he is doing to maintain the decorum of the college. The working office hours is 8.30am to 5pm. So there can be no function after that. There are women who are part of the events, so we have to take care of it. It is a college and not a club, so these rules had to be brought in,” said Tulsiyan.