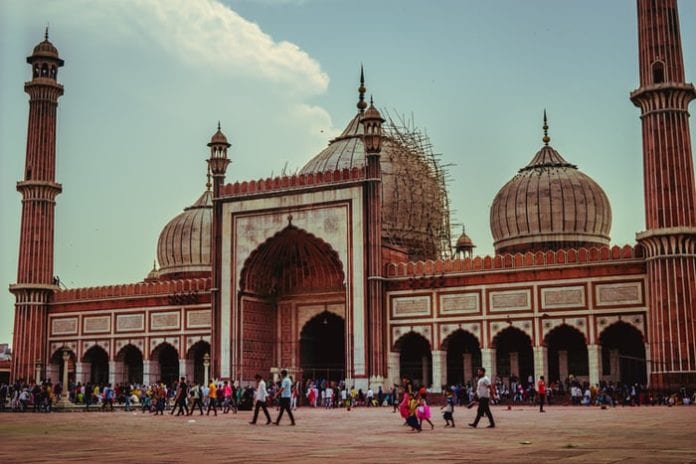 Jama Masjid old Delhi that underwent damage in two dust storms within a week’s time need “immediate intervention” of heritage experts, said Shahi Imam of the mosque. He has also written to Prime Minister Narendra Modi urging him to instruct the Archaeological Survey of India ASI to carry out repair works at the mosque.

Shahi Imam Syed Ahmed Bukhari said, Over a week ago, the southern minaret of Jama Masjid was damaged by a dust storm and rain, and a big block of stone had fallen off it. Luckily, no one was injured in the incident. But, due to this, other stones around it have also become loose.

A big slab of the red sandstone tower had fallen off after suffering damage in the massive dust storm on June 4. The fallen piece was about two-meter-long, 12-18 inches wide, and about 2.5-inch thick. Other small pieces had also fallen along with it, he said.

On June 6, the Shahi Imam had sent a letter to Prime Minister Narendra Modi, urging him to instruct the ASI to carry out repair works at the mosque.

In a letter to the PM, Bukhari said the internationally renowned mosque is in dire need of care and pointed out that its repairs have been carried out from time to time by the ASI since 1956 as a special case.

He also sent images of the fallen stones, the damage they have caused, and the dilapidated state of the minaret.

Due to the falling of these stones, the support of the other stones around them has gone and they have become weakened and thus warrant immediate repairs to avoid any grave mishap, Bukhari added.

He requested the PM to instruct the ASI to inspect the monument, particularly the two minarets, and commence its necessary repairs.