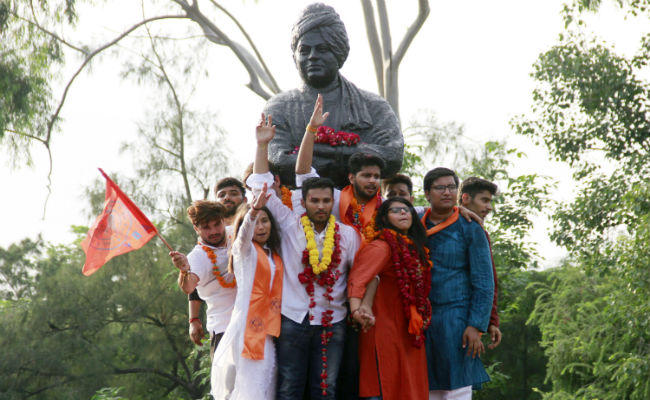 The Delhi University Students Union (DUSU) is the representative body of the students from most colleges and faculties. Apart from this, each college has its own students union to which elections are held every year. The student elections are fought keenly and with great enthusiasm. In the past, several of the office bearers of Delhi University Students Union have gone on to hold public offices in State and central governments.

The elections to Delhi University Students Union are by direct voting by the students of the University and member Colleges.

The RSS-affiliated Akhil Bharatiya Vidyarti Parishad said that the process for selection of such students has begun.

Students can apply through an online form released by the DUSU.

Earlier, Congress-affiliated National Students’ Union of India (NSUI) had announced an initiative on the birthday of Rahul Gandhi. This is to pay one-year fee of students who are taking admission in Delhi University this year and belong to a family of martyrs or are children of farmers who committed suicide due to bank loans.

In times when the relevance of student politics is in question, when the Delhi University Election has been reduced to merely a launch-pad for scions of powerful families, when students from specific regional, caste and class backgrounds only are getting a chance at contesting and when rule-breaking and indiscipline have become the order of the day, the upcoming elections have assumed unprecedented significance. Every vote cast on the 12th of September has the potential of becoming a letter in the new definition of student politics. Politics which is more accountable, inclusive and accessible.

So, the next time they come to you asking for votes, don’t let them get away with free pizzas. Instead, ask them questions. Questions that matter.