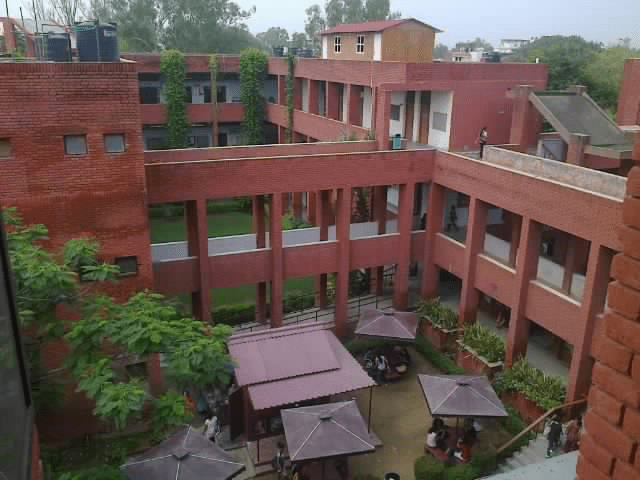 A final year student of Bachelor of Science at Gargi College of Delhi University, Monika Bazzad, has topped entrance exam for Bio-Technology (Medical) held by PGIMER Chandigarh. Despite securing 1st Rank she was not considered for a counseling session by PGIMER Chandigarh for Bio-Tech course to be held on July 22. The reason for the same being her inability to produce her graduation mark sheet as the final semester exams are not conducted yet. The final semester examinations which were supposed to be conducted in an open book method in July still stand postponed to august due to the grim situation of COVID-19 in the national capital after receiving UGC guidelines.

Monika, who hails from a village in Haryana’s Rohtak district, was a school topper in class 10th & 12th and has maintained an impressive record of 8.2 CGPA in her five semesters at Delhi University raises the question, “Where am I at fault?”

She appeared for the Biotech entrance exam on June 22 and the result for the same was announced by PGIMER Chandigarh institution on July 11 and she was declared topper (rank 1) in the OBC category.

The counseling for the 12 seats in Biotech at the premier institute is scheduled for July 22 but she has not been called to participate in it.

She shared that when she enquired from the admission committee in PGIMER, she was told that it is because she has not provided them with a mark sheet for the 6th semester. she further added that she even informed that her last semester exam is yet not concluded by the Delhi university so far but the institution refused to listen saying the rules can’t be bent.

Monika has offered to give them an undertaking that if she fails to produce the mark sheet of 6th semester after the examination result in September due to any reason, the institute is free to cancel her admission but it was to no avail.

Enquiring the matter with the PGIMER Chandigarh institute, an official informed that all norms are clearly specified in the prospectus and the admission process is being done in sync with that only.

He further added that they understand the genuineness of Monika’s case and that the conduct and postponing of final semester exams were beyond her control. He added that they were also in an unprecedented situation and there were similar cases with several other students in different courses facing the same issue. This issue was on the agenda of the meeting the institution held and it was discussed elaborately. The final decision they arrived on was that they will go with the norms of the prospectus.

Bhim S Dahiya, who is an eminent academician and former Vice-Chancellor of Kurukshetra University, said that this lack of coordination between top educational institutions is ruining the bright future of a student.

He further added that COVID-19 is a global situation and that it should be factored in all the decision-making process post-corona period. He raised his concern and question that how is a student responsible for the delay in exams. He demanded that the student should be given an ample amount of time to provide her degree.

He suggested that educational institutions should provide provisional admission criteria for students like Monika so as to prevent the loss of both institutions and students of each other.