Delhi University Central University Common Entrance Test (DU CUCET) is confirmed for admission season 2022-23 and onwards. Hence, on Saturday, 8th January 2022, VC Yogesh Singh confirmed this. Previously, the status of CUCET was not confirmed. But, now it is crystal clear. Also, the ministry of education along with the National Testing Agency (NTA) will be responsible for conducting the upcoming DU CUCET exams.

The majority of the aspiring DU students were in confusion about the admission procedure. But, now with the official announcement of DU CUCET, the speculation is put to an end. As per a notification released by the varsity, the executive council discussed the Common entrance test. Hence, as per the meeting held on 17th December 2021, Delhi University Common Entrance Test (DUCET) had already got a nod from them.

Hence, the executive committee was constantly working on this project. Thus, they will soon form a new committee and execute the whole procedure with the assistance of the ministry. As per the DU VC, not much action has been taken ever since the first announcement of CUCET. Thus, they have been constantly waiting for the education ministry’s help. But, with the upcoming 3rd wave of covid, DU is clueless on how things will proceed.

Why is DU CUCET necessary?

The varsity is staunchly supporting the common entrance test to avoid the sky-soaring cutoffs. Also, in the past few years, there have been a disproportionate number of admissions from certain boards. Thus, avoiding all this is necessary and a central level examination is the best solution. Considering 2021, lots of students from the Kerela Board dominated the admission season. Hence, eliminating this uneven seat distribution is vital. 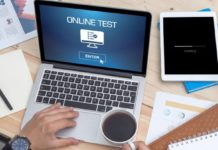