DU admission 2021: This year Delhi University has a total of 70,000 seats. And, more than 60,000 seats have been filled up. However, under the first, second, and third cut-offs, over 1.7 lakh DU aspirants applied to different colleges.

Further, a special cut-off will be released on 25 October, Monday. For courses in which seats are still vacant, the last announced cutoff for the respective subjects will be evaluated as the qualifying marks.

Generally, candidates are allowed to change colleges and courses as cutoffs drop in the following lists. Though, this is not permitted under the special cutoff list.

Moreover, Senior university officials said, “The special drive will be the last declared cut-off of the respective course and college. For instance, if the cut-off for BA (Honors) Political Science was 99 percent initially at a particular college and the college did not announce the second and third cut-offs for the course. But, later seats remain vacant, then the special cut-off for BA (Honors) Political Science at the college will be 99 percent.”

Further, aspirants will be allowed to apply to a single program and college. The fourth and fifth cut-offs lists will be announced after the special cut-off list. Additionally, a special drive may also be held after the declaration of the fifth list. 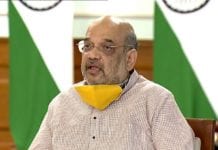 Top 10 Best Districts in the State of Bihar