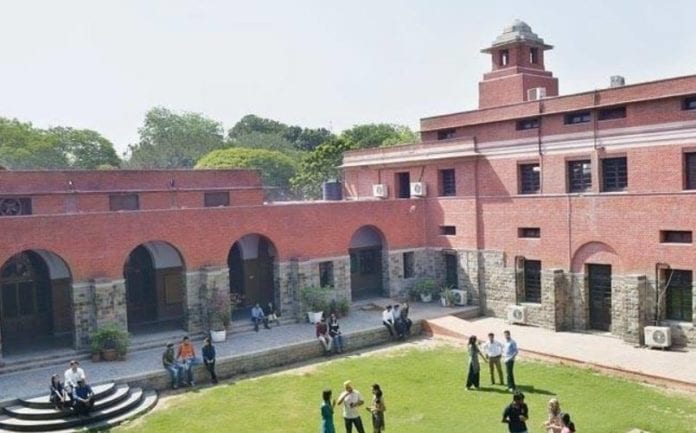 The DU (Delhi University) was approached by a psychology student who graduated from the University in 2017. He approached the Delhi High Court on July 6, saying that he was yet to be awarded his postgraduate degree by the Delhi University. Because of this, he could not pursue a degree in the King’s College of London.

A freelance mental health practitioner, Dhritiman Ray, 25, said that the institute wanted a degree with the conferral date. A conferral date is a date on which the degree is officially awarded.

He said that the conferral date was not there on the special certificate which he had received by the Delhi University in December 2019.

He also said that the degrees are never awarded on time and it takes around 2 years to receive the degree.

The response submitted by the University in the court had left many people surprised. Delhi University had submitted, according to the Court, that there is a lack of proper quality paper for the issuance of the degree certificate. The contract of the printer has also expired.

The University has submitted the court on July 7 that the contract had to be re-tendered as the printer engaged by the DU had come to an end.

Vinay Gupta, Dean (Admissions), said that the process of finalization of tender is in its final phase. The Delhi University expects that the work will be wrapped by July 31. He said that the data was submitted late by the colleges, in around December 2019. This was further delayed due to the lockdown.

The High Court had noted on July 7 that the non-availability of paper and printing facilities cannot be justified as a cause. This cannot be done especially when the educational prospects and careers of the students are at stake.
The Court has asked the University to streamline the process of the issuance of degree certificates and to file an affidavit within four weeks.

DU PROFESSOR DIES OF ELECTROCUTION AT HOME IN UP

Dhritiman Ray has completed his postgraduate degree in Psychology from Zakir Hussain College. He now expects to complete his degree from the University of Glasgow in Scotland.

#ExamsInCovidASuicide GOES TRENDING ON TWITTER: Students ARE AGAINST EXAMS

He said that Delhi University has provided him with a handwritten degree after the intervention of the court, certificate wherein his names and other details are written. He said that he might not be able to use this degree later in life even if Glasgow accepts it as an exception because of the pandemic.

He has asked the university to present him with a formal degree with regular security features.