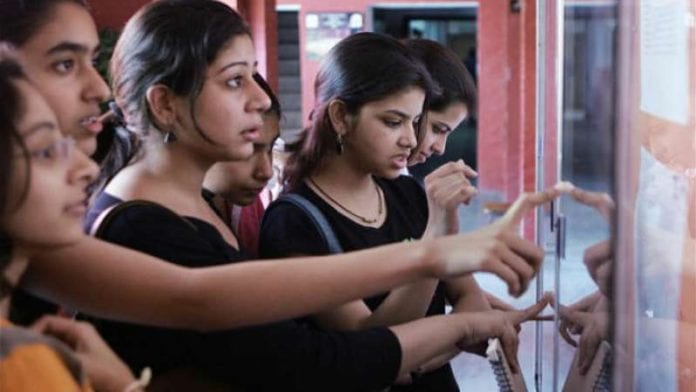 The University of Delhi on 10th September released a notification for undergraduate and postgraduate students who appeared for the first phase of DU OBE and need their results for obtaining higher education in foreign universities.

As per the orders of the Delhi High Court, the University of Delhi has issued a notification stating the provision for the students seeking admission in foreign universities. The provision is issued for the students of undergraduate and postgraduate courses who have appeared for the final term/semester/year exams under the first phase of open-book examinations.

The students who need their final semester/year/term results to submit at the foreign Universities for obtaining admission to higher studies can send their requests for the same through e-mail at specialresultobe@exam1.du.ac.in.

The body of the email should specify the name of the student, examination roll number, name of the college, name of the program, and the University in reference.

The assistant registrar for results is assigned the responsibility to receive the request of the students for earlier results.

The two-tier judge bench comprising of Justice Hima Kohli and Justice Subramonium Prasad has asked the University of Delhi to collect the data of how many students need final year results on account of seeking admission in foreign Universities.

The University of Delhi is intending to issue comfort letters to all such students who are planning to seek admission to foreign Universities. Delhi University said the results will be declared on a priority basis for all these students who are looking forward to taking admission in foreign colleges.

DELHI UNIVERSITY CANNOT GIVE DEGREES AS NO PRINTING CONTRACTOR AVAILABLE

DU is required to file an affidavit on 11th September stating the number of students who are demanding early release of results for taking admissions in foreign Universities. The court has further asked DU to specify the courses these students belong to so that priority release of results can be initiated.

The next hearing for the petition seeking early release of results has been scheduled to take place on September 11.