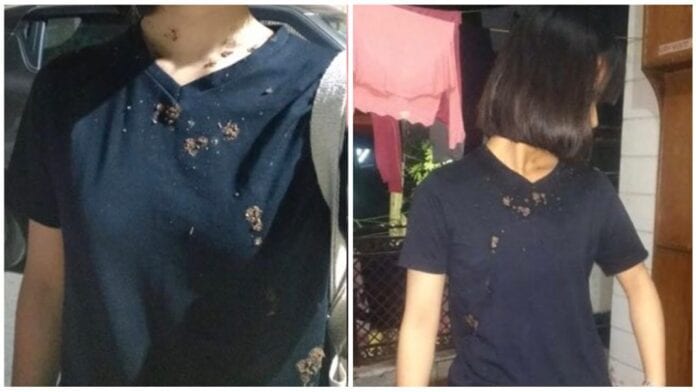 There are many cases which is continuously happening around us related to Corona virus. It’s not just about our nation. This pandemic disease shook the whole world. Since no cure has been found to fight with this, still every possible step is taken to conquer this monster. Countries are under lockdown and some people had to face death due to this disease. Every citizen of India is cooperating with the government still there are few citizens who always choose the alternate path. It is a matter of shame when the literate and mature youth disrespects the dignity of our country.

Delhi police have registered an fir against a man as he allegedly spat paan on a woman who came from Manipur and calling her “ Corona” in the North Campus area of the capital city. As all the shops were closed on Sunday due to curfew, the woman was going to buy some groceries in Vijay Nagar area of North Delhi along with her friend. During the FIR, She said that a man spat on her and called her “Corona”. The woman went to the Mukherjee Nagar police station along with some volunteers of the Manipur Student Association in Delhi. She wanted to file an FIR under IPC section 270 which refers to the acts that are “likely to spread the infection of any disease dangerous to life.

The woman said, “ Since no shops were open in our locality, we went to a double storey road to buy some veggies, which is about 300 meters from our PG where I stay. It wasn’t a very crowded road. I noticed a middle aged man riding a scooty, came from the opposite direction at us. When he slowed down and got closer to us, I sensed he was about to do or say something.”

SAY NO TO HUMILIATION

The law does not give any right to humiliate a person and it is the right of every citizen to protect himself or herself against humiliation. The woman is pursuing M.Phil from Delhi University. She was along with her friend who does not want to disclose her identity. She is the student of Department of East Asian Studies of Delhi University.

The woman recalled an incident which was horrible for her to handle and a person who tried to take action against some other person willing must be punished by law. The scariest part for her was the paan juice, entering her eyes including some bits of tobacco. This states that the person has willing tried to hurt the woman and he thought that committed this kind of sudden crime would be snubbed.

The senior police officer set on his statement that the woman was on her way in Vijay Nagar area of North Delhi when a man on her duty made some racial Slurs. The man spat on her and called her “Corona”. The police officer further says that they have registered a case under section 509 ( insulting modesty of a woman) under the Indian Penal Code and they have begun their investigation into it. The police is scanning CCTV footage to identify the man and they will definitely take a strict action towards it.