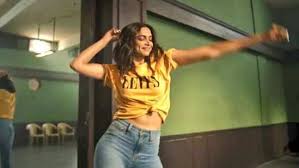 Deepika Padukone’s new Levi’s ad has gathered attention due to all the wrong reasons. Levi’s ad is been accused by the director of the Netflix film ‘Yeh Ballet’ of plagiarism. This has landed the ad in a lot of trouble.

Sooni Taraporevala shared a long post on Instagram highlighting the issue and accusing Levi’s India of plagiarism. She said that she was shocked on seeing the Yeh Ballet dance studio set in the advertisement. The dance set portrayed in the ad is identical to the one shown in the film. Deepika Padukone’s presence is market in the ad.

She wrote in the post that the set was conceptualized and created from scratch for the shoot and dismantled after the completion of the film. It was created out of derelict space by Shailaja Sharma, PD for ‘Yeh Ballet’. She added that no dance studio like this exists. Thus, she concludes that the makers of Levi’s saw the film and copied the set to every detail.

DEEPIKA PADUKONE’S NAME SURFACED IN A DRUG CHAT : BOLLYWOOD DRUG CONNECTION
Director called it an “intellectual theft” and then further called it the growing of ‘copycat culture in India’. She further says that this culture needs to be called out and canceled. Does she ask the makers of the ad featuring Deepika Padukone that have they gone creatively bankrupt?