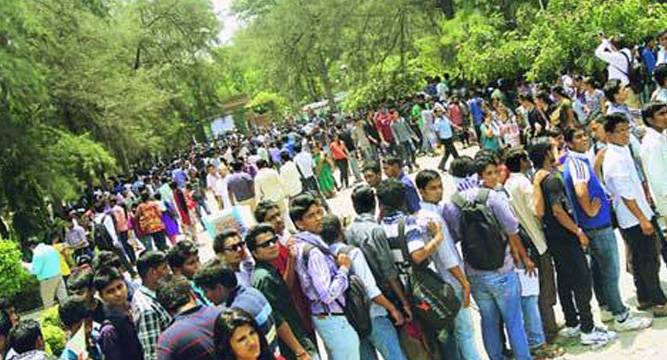 India’s migration patterns are skewed on more than one count. Uttar Pradesh and Bihar have a disproportionately high number of out-migrants, while migrants constitute more than one-third of the population in metros like Delhi and Mumbai.

The reason for migration among the women is mainly due to marriage, and distance is a critical factor in determining the gender gap in migration for work and education.

These shares are much higher than the share of these states in India’s total population. Interestingly, Uttar Pradesh figures in both lists .There are people who live in search of livelihoods but there are also clearly people who leave in order to fill their stomachs.

Not only are people moving within states, they are moving within districts. The growth in intra-district migration (movement within the same district) increased from 33% to 45% between 1991-2001 and 2001-11. Evidently, people are finding better opportunities closer home than they were before.

The gender-gap in migration increases with the distance of migration  for economic purposes (work, business and education).