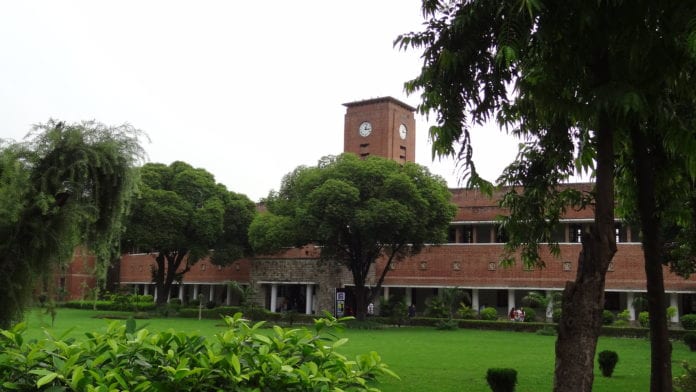 The Delhi University has still not decided whether to scrap the proposed revamped syllabi for the English, Political Science, History and Sociology or to implement it.

For further review, the Executive Committee sent back the curriculum under the supervision of an oversight committee and resubmission by the end of the month. But no committee has been formed nor have notifications been sent to the teachers about any such decision.

The members of the committee are confused as to which syllabus to follow or what to teach the students. They will have a departmental meeting to understand their role in this review.

The AISA organised a protest march from the Arts Faculty to condemn the recent syllabi debacle. The AISA President told that they strongly condemn the DU administration’s action of encouraging ABVP’s members to threaten the professors of English and History department and to disrupt the earlier held Academic Council meeting. Syllabus making is an independent academic exercise which requires deep engagement with the subject and involves wider consultation with all teaching members of the subject.

The Students’ Federation of India, in a statement, said that the right-wing communal forces working amongst the teacher and student community of the University of Delhi are in a fit of rage over the progressive content taught in some UG courses in the University.

The AISA added that the attitude of the DU administration of reportedly acting at the behest of RSS speaks of the increasing control of these bodies in independent academic institutions. They said for any university to survive, it is pertinent that academic freedom is given to its professors and critical thinking is developed in students

The English department had to drop the most controversial and debated short story “Maniben alias Bibijaan” by Shilpa Paralkar that spoke about a Hindu woman’s connection with a Muslim man in the backdrop of the Godhra riots of 2002 and hinted that a character — a member of the Bajrang Dal — was associated with looting and burning an old Muslim man alive with his granddaughter.

It was not just the English syllabus that the Academic Council and then the Executive Counsel had sent back for review — the History department let go of the history of the Left movement in India, the Political Science department scrapped the writings of Dr Nandini Sundar with references to the agrarian crisis and Maoists which has come up a second time after it was recommended to be dropped last year.

The action of making some topics inaccessible to the students itself dumps the student’s critical thinking as they are not given the opportunity to analyse the situations themselves and portays the weak education system of ours.