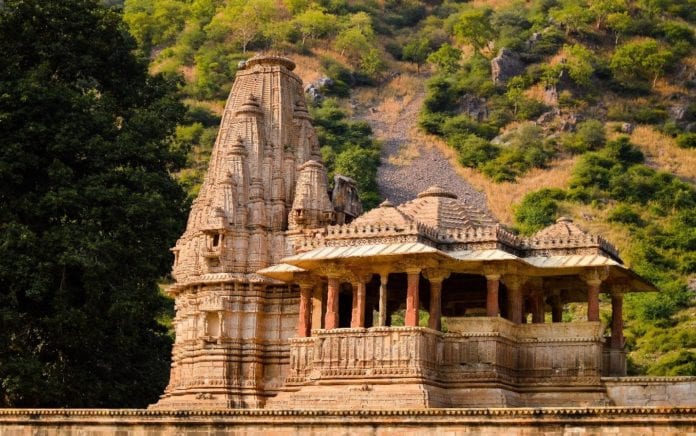 Karnataka has become the first state to take the decision to open temples after the lockdown.

Karnataka Minister for Murzai, Kota Srinivas Pujari disclosed that temples will be reopened from 1 June onwards.

However, the decision has paved the way for a new argument.

On Tuesday, The Karnataka Government has announced that they will reopen the temples for devotees from 1 June onwards, after lockdown 4.0 ends.

No declaration about other religious places like churches and mosques by the authority.

Minority leaders have put interrogation over the decision.

From the past two months, mosques, temples, and other worship places were locked. Just like humans, God also got an opportunity to work from home, but the Karnataka government is now preceding to open it shortly.

Kota Srinivas Pujari, the Minister for Murzai, had a meeting with the state’s Chief Minister  BS Yediyurappa on Tuesday. In the meeting, several problems related to the department were discussed, including the loss of revenue in the lockdown.

After the conversation, the CM said “ Karnataka government has agreed to open temples from the 1st of June. We will hand out a standard Operating Protocol (SOP) that will have to be followed. The essential arrangements will be prepared by the end of this month”.

While the temples may be granted permission to reopen but big religious gatherings and fairs will not be encouraged, keeping in view, the “social distancing” norms.

Online Seva Booking likely to be resumed from 27th May for about 52 temples of the state.

Significant temples such as The Sri Mookambika Temple in Kollur, Kukke Sri Subramanya Temple, Renuka Yellamma Temple, Banashankari Temple, and Gavi Gangadhareshwara Temple in Bengaluru and others will soon start the online reservation alternative. Although, the traditional rituals relating to aartis and yagyas will be done as usual.

Karnataka has about 34000 temples under the Murzai department.

As the Minister made the public announcement, several minority leaders protested the decision and calls it discriminatory because the permission is granted only for temples and left the other religious places.

“Opening mere temples for Hindus, while putting mosques and churches shut are not appropriate. Muslims celebrated EId-ul-Fitr in the lockdown without going mosques, the pandemic is claiming many lives, does our decision mean Hindus are protected against coronavirus? If a conclusion to open temple is taken, so should mosques and churches” said Ks Mohammed Masood, former MLC & Dakshina Kannada Muslim council chief.

After the minister’s comment, the matter escalated. It is to be seen whether the state will issue an order to open all the worship places or it will stick to the older decision.

Karnataka also decided to build new choultries (subsidized inn for pilgrims) at a cost of Rs 200 crore in Tirumala located in neighboring Andhra Pradesh, which is attended by lakhs of pilgrims from the state.

It will be a huge challenge for the state authority to cope up with the crowds to be gathered there.

Earlier, the state allowed only 20 people to assemble during the death rites.