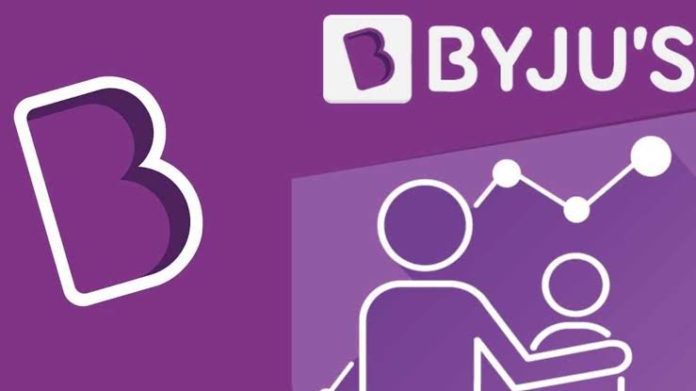 Decacorn Byju’s is the highest valued startup in India with a valuation of $21 Billion. Certainly, overshadows the company Paytm which has a value of $16 Billion. Keep reading the full article to know about Byju’s review and its growth in recent years.

This Bengaluru-based startup or 41-year-old Raveendran’s Byju has not only helped in imparting education to crores of students around the world with his skills but has also achieved new heights in the world of business through this. Before going further let’s take a look at the backstory of Byju’s.

Byju’s was launched in 2011 by Raveendran and Divya Gokulnath. The company offers preparation courses to graduate and undergraduate students. Additionally, it broadens to assist school students also. Besides, the marquee investors of this company include Sequoia Capital, Nasperz, General Atlantic, Chan-Zuckerberg Initiative, Tiger Global, and more.

On its platform, there are more than 100 million students. No doubt, you can find numerous authentic Byju review before joining. Moreover, according to the company claims, they have over 7 million paid subscribers annually.

Byju’s, the Education technology company has raised $350 million. The founder of the Byju’s Group has raised the ₹2500 crore fund with the help of UBS Group, Zoom founder Eric Yuan’s family office, Blackstone, Abu Dhabi government fund ADQ, and Phoenix Rising. These figures have been corroborated by the information submitted to the Registrar of Companies (Roc).

Delhi University Centenary exams registration to begin from May 1

The funding for Byju’s came as part of the company’s fund-raising campaign in April. In April, the firm had planned to raise $1.5 billion in funds. After this investment, the value of Byju’s has grown to $16.5 billion (now $21 Billion). Byju’s has now become the most valuable startup in India. Earlier, Fintech company Paytm was valued at $16 billion. In the year 2019, Paytm made a big investment.

Where Does The Funding Come From?

In a filing to the regulator in April 2021, Byju’s said it had raised more than $1 billion in funding from investors. These investors included Barron Fund, Facebook co-founder Edoardo Saverin’s B Capital Group, and US-based hedge fund XN Exponent Holding. Old investors in Byju’s also participated in this round of funding.

During the covid-19 pandemic, all schools, offices, or workspaces were closed. Accordingly, the BYJU’s was the best alternative to upgrade their skills. This results in making BYJU’s the top edtech company in the world. It accelerated its growth to another level. The online learning compulsion not only did the users increase but their revenues ramped up.

During the first six months of the 2020 lockdown, the company welcomed 45 million students. Besides, in making it the most valuable startup, the company strategy of acquisition does wonders.

May you get surprised after hearing that BYJU’s has made nine total acquisitions just in a single year i.e., 2021. To clarify, it has spent approx 2.5 billion to buy these education technology businesses. The first on the list is Aakash Educational Services Limited. Byju’s bought it for Rs 7300 crore. This is Byju’s biggest acquisition to date. Fortune Magazine also included Byju’s Raveendran in the Global 40-under-40 Technology List 2020 in September 2020.

Next is Great Learning, which had been acquired for $600 million. Though Great Learning continues to operate as an independent unit. In August, it acquired Whodat Tech and Tynker in September Other small business acquisitions are Epic, Toppr, WhiteHat Jr, Scholr, Gradeup, HashLearn, Osmo, and GeoGebra.

Byju’s Raveendran said that the company’s revenue doubled in the last quarter of the financial year 2021. A year ago, Byju’s revenue was Rs 2800 crores, which reached Rs 5600 crores during the period of the coronavirus pandemic crisis. According to Byju’s, its network includes more than 100 million students, of which over 6.5 million are payable customers and use its services. Whereas, 86% of students who subscribe to Byju’s subscribe again.

Talking in general, it provides a promising working atmosphere, flexible timing for tutors, and a friendly workspace. In addition, BYJU’s is best in procuring a good experience in the sales arena. Also, the company gives decent payouts which are primacy for any employee while working in any company.

On the other hand, employers agree that their working hours get sometimes hectic and no work-life balance exists. Most importantly, the company makes the employees claim fake promises to customers to sell their expensive courses.

Why Should You Pursue Engineering in India?

BYJU’s, the online learning platform has come a long way from increasing its user base to being on the top 50 Indian startup list. According to December 2021 data, BYJU’s come in the 13th position for being the most valuable startup in the world.