Tariq Mansoor, Vice-Chancellor of Aligarh Muslim University (AMU) considers the 100th year mark as a historic occasion. Hence, he evaluates the concept of the time capsule as very important as it preserves the historic documents which would benefit future generations.

What is the time capsule buried at Aligarh Muslim University?

The capsule weighs 1.5 tons and was buried 30 feet deep into the ground within the campus of AMU. Hence, it is a steel capsule and is buried right in front of the iconic Victoria Gate. The capsule comprises the entire gamut of the data and the chronicles of the institute’s past 100 years.

Vice-Chancellor Tariq Masoor assures that the most latest techniques of preservation have been used. He also highlights the importance of history and keeping records. Hence he quotes, “History means handing down traditions to the future generations.”

The vice-chancellor also quoted the lines of George Santayana that “Those who do not remember the past are not allowed to repeat it.” Hence, by these statements, he highlighted the importance of the time capsule.

What are the documents buried at Aligarh Muslim University?

The documents briefly include all the connotations held in the varsity’s past 100 years of history. It also contains the original AMU act of 1920 and the book Sir Syed Album written by the renowned historian professor Khaliq Ahmed Nizami.

The trend of the time capsule is a legacy at Aligarh Muslim University. Hence, a committee has also be instituted to excavate a past capsule buried on January 8, 1877, by Lord Lytton. 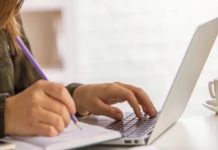