When will the schools and colleges open, this is the question in the mind of every student and parent in the country? To make it possible for schools and colleges to re-open, a phase-wise plan is expected to be unveiled by the central government later this month as a part of the final Unlock guidelines. This phase-wise plan will be stretched between September 1 and November 14.

Since March 23, the schools and colleges are closed in the country. The first lockdown was imposed on March 23 to contain the spread of coronavirus in the country. The learning and teaching activities have been dependent on online modes. But the success of it has been very limited because of the uneven availability of smart devices.

The specifics of the plan have been formulated by the group of secretaries associated with the Group of Ministers (GoM) on COVID-19 management, according to a report in the Economic Times. The plan is being spearheaded by the Health Minister and Member of Parliament from Chandni Chowk in Delhi, Dr. Harsh Vardhan.

It has been said in the report that the central government will be issuing a Broad Standard Operation Procedures (SOPs) for the re-opening of schools and colleges. But the final decision will be left to the respective state governments who can decide when and how to restart classroom teaching.

But it must be noted that all the sections of one class will not be asked to attend the class on the same day. Specific days will be assigned to different sections of a class for attending schools.

Sanitization of the classrooms is the biggest highlight of the Center’s plan formulation. The schools will be running on shifts- 8 to 11 am and 12 to 3 pm. An hour will be left for sanitization.

This means that currently, there are no plans of bringing the pre-primary and primary students back to classrooms. The Economic Times reported that they will continue to be taught via online modes.

WOULD YOU CHANGE YOUR EATING HABITS FOR £2000? A COMPANY PAYS TOGO VEGAN

Countries such as Switzerland have been studied by government officials who have brought students back to classrooms. For the classroom teaching of Indian students, the formulation is being done on similar lines.

WHAT ARE THE BENEFITS OF WOMEN LEADERSHIP?

DU ADMISSION 2020: ECA CATEGORY SCORES TO BE RELEASED ON 26th 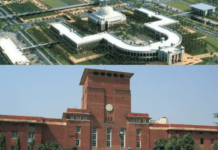 IGNOU VS SOL: WHICH IS A BETTER OPTION? 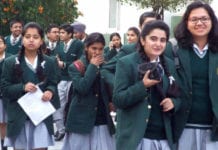 QUICK JOB LENDING PROFESSIONAL COURSES AFTER 12TH FOR ALL STREAMS

WHAT ARE THE BENEFITS OF WOMEN LEADERSHIP?