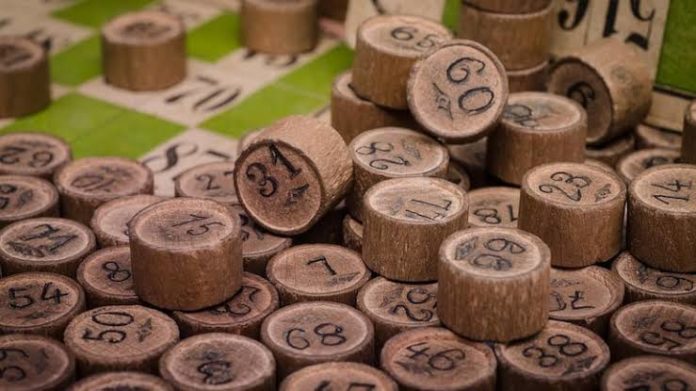 Satta Matka, also known as Matka Gambling or Satta is a well-known game among the Indian groups. The lottery game started in the year 1950 immediately after India’s independence. The game is played by the older generation and younger generation. But people can observe a drastic difference between how it was played at that time and what is the critiria of Satta Matka now. Just one thing remained the same, which is the name.

In the present era, Matka Satta is nothing but gambling which the players play by selecting a random number and betting on it. As the name suggests, one of the players write numbers from 0-9 on pieces of paper and put those chits into a Matka, an earthern pot. Then, one of the players would take out a chit randomly and announce the number written on it. A player who chose that number wins.

In older generation, Satta Matka was played in such a manner. A number of years passed from 1950 to 2021. As the nation adapted new lifestyle and changes, the game did it too. However, the name Matka is still the same.

In the present generation, players play it by withdrawing three numbers from a pack of playing cards. The player who wins the highest amount become a winner and called as a ‘Matka King’.  Central Mumbai is the hub of Matka Business in Mumbai. But how did it become one? What is the history behind it and why only Central Mumbai?

So, at the time of textile mills flourishing in Bombay, now known as Mumbai, mill workers used to play Satta Matka. Consequently, many people booked their shops in and around mill areas. So, in this manner Central Mumbai became the hub of Matka Business.

HOW TO PLAY SATTA MATKA

Now the question arises, how to play satta matta matka?

There are many other lotteries that are famous in India. Some of the lotteries are Tara Matka, Dpboss, Madhur, Milan, Sridevi, Time Bazar and many more. Lotteries not only run once but many times in a day.

Any of the games in Satta Matta are not government approved. Players have to pick and observe the game thoroughly before they begin. The base of the game is same. However, players must play the game whenever they feel that the time is convenient for them.

During Matta gambling, it is really important for the players to choose a bookie which is trustworthy. They should never start playing with any random person who claims that they are offering an entry. If players are interested to play online, almost every website is fraud. So, if they want to find a trusted website for Satta Matka gambling, they must check the track record of the website.

IS SATTA MATKA AUTHENTIC AND SAFE?

There are many questions that arises in players mind whether the site has cheated somebody before? Are they into any police case personally or professionally? If players win during the game, will they receive the standard amount for winning? So, to choose the right website to play, players must go through such questions and confirm that the website is not fake and they will receive the standardized amount for winning.

WHAT IS THE CALCULATION FORMULA TO PLAY SATTA MATKA

Here are the most trusted websites that players can try and are also safe as well as authentic. However, the games are not the real settlement of gambling. They will arrive with some or the other twist. But players will find them interesting and we will surely go through it once. So, some of the websites are easy to operate and safe. They can also check bingo online, online lottery. After going through the website, they must check the setup calculation formula.

MOST CRUCIAL PART OF SATTA MATKA

The most crucial part of the Satta Matta Matka 143 gambling is set to calculation formula. If players want to win the Indian lottery, they should know the formula. Although, it is not the exact definite formula that predicts whether a person would win or not. But it is an estimation of how the lottery will work. So, things are rather confusing for the ones who are trying for the first time and understanding the Satta. Matka gambling. So, here are the rules given below for the Matka gambling:

The gambling happens twice in a day. So, in each of the timings, the game will depend upon 3 playing cards or numbers. There are 52 cards in a deck. So, all the 52 cards except king, queen and jack are used for the satta ka matka gambling. 1 is our aces. 10 is valued at zero and numbers from 2 to 9 are face values.

HOW THE DEALER PICKS THE CARD IN SATTA MATKA

So, if players are playing satta matka open and one-on-one with the dealer, they must shuffle the card at least once and put them in a single line. Now the dealer will ask them to pick up three cards randomly. However, if players are playing the game online, the dealer will himself choose the cards. The cards will be arranged in ascending order. However, zero is always placed at the third position. Every player playing the game have to set the gambling bets once before the opening time and once before the closing day. This first draw is the opening time in the second row is closing time. One is the window between both the timings. However, these timing will vary according to the games. Before the commencement of bidding time, players have to place their bets.

HOW PLAYERS PLACE THEIR BIDS

For instance, the number 245 is drawn during the opening. Then, summing up these three numbers the answer is 11. 11 is a double-digit number. So, one is taken into consideration then during the closing. If the dealer draws 123 and adds the three numbers, it sums up to 6. So, the resulting number is 6 then the final card is 245 multiply by 1 into 6 multiply by 1 2 3. The actual numbers are one and six only on which players have placed their bids.

So, if the players guess either of the resulting number or both of the resulting numbers, they will either win or lose. Before betting, players must not know what the numbers are. To add up more twist in the lottery they must not know what the number is during the opening and closing draw. If they win, they will find their luck and there is no limit on placing the bets. Before drawing the cards, players can place as many bets as possible. If they want to increase their chances of winning, they should place multiple bets.

WHAT ARE JODI BETS AND SINGLE BETS

So, in case of single ang, players have to place bets on the total value during opening or closing the draw, In case of single Patti, placing the bet on possible opening and closing timing, players must not repeat the card values. Only the sum of three values would be taken into consideration and double Patti is possible placing the bet on opening or closing pana, two numbers can be repeated. Double patti is not simlar to single ang and single patti. Although the game looks same, but it is different from single ang and single patti because in single ang the sum of each number is taken into consideration and single patti members must not be repeated. It is also possible on the opening and closing pana. Three numbers can be same. Single Patti is different from single ang. There are many other types of card games like Solitaire and Poker, etc..

So, here are some of the tips that players can use to playing the Satta Matka guessing Game online. The game further has many types. More than two players can play a game named Black Satta. Usually, many people play a game without money for recreation. That is not called Gali Satta, it is rummy. When players play a game with money, then only the game is called satta or satta king. Many players are experienced in playing satta, those are classed Desawar Satta.

HOW TO PLAY SATTA MATKA OFFLINE

To know how to play Satta Matka offline, know the steps given below:

Now, there are numerous websites on which players can play dewasar satta. There is Kalyan Satta Matka also. In Satta Matka Kalyan, all the results related to the gambling are given. Such results vary on timings and different categories. Everything is given in the Satta Matka Kalyan Chart. Kalyan Matka Satta is one of the popular websites. On such websites, games like dewasar satta, gali satta, black satta are also accessible. Satta king websites have all the results. Satta Bazaar, Satta King and many other websites are similar in almost every aspect.

They all use proportional methods and follow equal agreements.  Satta King is updates years over years and some players play it even for recreation also. Gali Satta is a kind of Satta matka satta game. Those games have fixed timings and results are updated regularly. Because of regular updates, people also build their eagerness to play such games and wait for the satta matka results in the satta matka bajar.

Here are some of the steps given to register and play the game online: