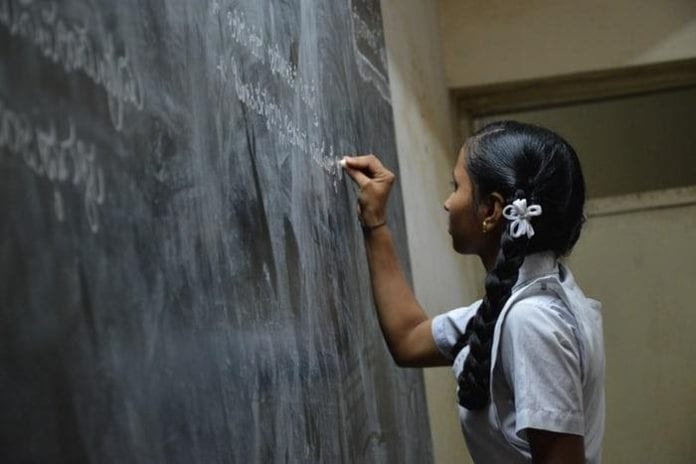 Uttar Pradesh Madhyamik Siksha Parishad (UPMSP) has declared the results of class 10th and 12th for the session 2019-20.

The Deputy Chief Minister Dinesh Sharma confirmed the result at 12 pm through a press conference in Lucknow’s Lok Kalyan Bhawan. The result is accessible at 3:30 pm at the official websites – upresults.nic.in,  upmspresults.up.nic.in and results.nic.in.

This year a total of 56.11lakh students sat for the board examinations through UP affiliated schools. Out of which, 30.24 lakh students in 10th class and 25.86 lakh students appeared in class 12th exams.

The Uttar Pradesh Government has disclosed that this year, the toppers will be facilitated with one lakh rupees and a laptop, as a token of appreciation. This amount and laptop could benefit them in their higher studies.

The entire evaluation process has been completed in the first week of June.  Students can check the results from the official website.

The mark sheets will be provided to the passed declared students within 10 days of the results’ announcement.

The certificates will be sent to regional offices then district heads and distributed to schools who will further assure they reach pupils.

As per the guidance of the Allahabad High Court, the mark sheet will carry the name,  school’s name, and the other relevant details.

CBSE EXAMS CANCELED: RESULTS TO BE DECLARED BY JULY 15

UP board has begun an online correction process in certificates, where the students who emerged in the exams since 2017 can get their certificates amended.

While preparing for the boards, Malik shared,  I used to study for 12-14 hours a day and when the exams arrived, it went up to 18 hours. I would take a halt after finalizing a set number of chapters. Unless I attained these targets, I did not budge.

Malik had English, Hindi, physics, chemistry, and mathematics as his subjects in class 12 and achieved the highest marks in Physics, with 99 out of 100. I had given proportional time to all my subjects but I have a tendency towards physics. I am eager in knowing how things work and that is why, I think, I got the highest in it.

UP Board Class 10 topper Riya Agarwal is also from a similar school as Anurag. Even previous year’s UP Board class 12 topper Tanu Tomar was from the same school.

The exams for the same were carried from February 18 till March 13 earlier this year. The nominees can check their results today on the board’s official websites.

State assistant chief minister Dinesh Sharma announced the results and asserted that the performance this year was better as related to 2019. He also praised the authorities for successfully administering the boards in the span of 15 days.

CBSE 10th EXAMS NOT TO BE HELD,12TH EXAM MADE OPTIONAL: CBSE TO SUPREME COURT

A student needs to ensure at least 35 percent marks in each subject to clear the exams. The UP Board results were out the previous year in April however,  it saw a holdup in 2020 due to the sudden increase in the coronavirus cases across the nation.

Last year, the board secured an 80.07% passing rate and Muzaffarnagar reported as best performing District.