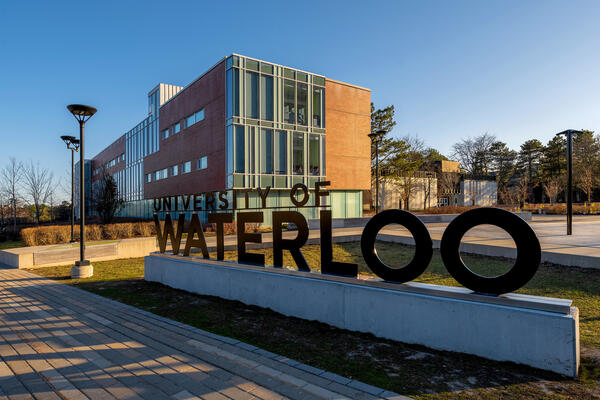 Canadian universities are constantly ranked among the best in the world. More than 120,000 international students migrate to Canada every year to pursue further studies. The University of Waterloo, also known as UoW, is one of Canada’s top universities and preferred study destinations for international students. It welcomed over CAD 247 million from public and private sources to fund research across a range of problems.

Established in 1957, UoW is a public research university based in Ontario, Canada. It was founded as Waterloo College Associate Faculties and was later granted university status by the Legislative Assembly of Ontario. Currently, over 34,000 students are enrolled in the university, including international students from over 150 countries across the globe. UoW is ranked #154 in the world and #7 in Canada by the prestigious QS World University Rankings of 2023. The QS also ranks UoW as #1 for graduate employability in Canada. Around 96% of graduates are employed 6 months after graduation.

UoW offers 100+ programs, ranging from Digital Arts to Biotechnology. Courses are designed in a way that helps students lay their foundation for research and work-based learning. The best part about studying at the UoW is that you can also customize your programs. You can enhance your study experience by customizing your specialization, option, minor, and certification course.

Uow has partnered with leading companies to create job opportunities for its students. For example, in 2016, Facebook’s hardware development division partnered with UoW as Facebook explored new revenue streams in virtual reality, cyber security, and other areas of research. Another notable partnership was with Microsoft in 2019. Microsoft joined hands with Waterloo’s Artificial Intelligence Institute worth CAD 115 million for over 5 years as part of Microsoft’s broader AI For Good Initiative. UoW also launched a multi-million dollar facility to study climate change’s impact on fish stress and assistance between the lab and fieldwork to prevent current and future aquatic problems.

UoW’s collaboration with SiO2 Innovation Labs is also worth mentioning. During the pandemic of COVID-19, researchers at the University partnered with SiO2 to develop a coating that could kill the coronavirus upon impact. The research conducted by the UoW was acknowledged by both the Natural Sciences and Engineering Research Council of Canada and Mitacs.

UoW’s fees vary from course to course. For technical courses, tuition fees are significantly higher. At the same time, arts, environment and healthcare courses have lower tuition fees. Also, you don’t need to pay the entire tuition fee upfront. Instead, you are supposed to pay for one school term at a time. Sounds great, right?

UoW also offers a variety of scholarships valued from CAD 1,000 to CAD 10,000. You are eligible for these scholarships if you are starting full-time first-year degree studies and beginning university or college for the first time. Do you know what the best part about UoW Scholarships is? There’s no extra effort. You won’t be required to fill out a separate application for most of these. Instead, you’ll be considered automatically.

Studying at the University of Waterloo is a great way to identify your potential. The potential of the university is evident from the fact that over 200,000 UoW alumni across 152 countries are performing world-changing research. You can also be one of them and be a part of the world’s top comprehensive research university in Canada.