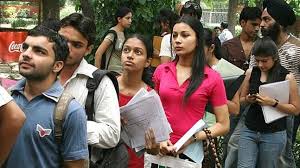 The colleges and universities have been granted permission to allow fresh applicants in the undergraduate courses. The state higher education department came to this decision after noticing that many seats are still vacant in the undergraduate courses. This notification is from the West Bengal government. The uncertain times have decreased the number of admissions to the Universities in the state.

The government notification updated that the process has to be completed by the 30th of October. It permitted the colleges facing a shortage, to reopen their admission portals for new applicants.

The notification says that a lot of seats are yet to be filled in General degree colleges and Unitary universities. After much deliberation, the concerned authorities decided that the colleges where seats are vacant can restart their admission process for interested candidates. However, they should get done with it until October 30th.

Students would have filled the application form of various colleges in their preferred course. But some have not been selected in the course of their choice. They were worried about losing a year. An official at Calcutta University said that these students have got a golden chance to apply in colleges which will reopen their admission portals. This will save their year.

Moreover, the candidates need to be updated about the admission schedule, so that they don’t miss out on any information. The government has strictly instructed the universities to abide by the scheduled dates and do not accept applications beyond that.

Previously, August 26 was the last day to accept applications. September 25th marks the closing date for the admission process but the recent notification extended it till October 30.

Out of many seats, only 25 in philosophy and 4 in Sanskrit are filled, said a principal of a college in south Calcutta. She further said that nor the seats in economics and Bengali are filled at a satisfactory level.

Another college informed that only a few seats are occupied in courses are Bengali, Urdu, and Political Science.

It will provide an opportunity for students to secure a seat in the colleges. For the students who missed the registration procedure due to technical or awareness issue can apply now.

Lady Brabourne College came out with an innovative solution. They have to decide to release a wish list for the students to failed to get admission in the first round. They can apply to the vacant seats. The courses which observe vacancies are Philosophy, Persian, Hindi, and Sanskrit. Principal Shiuli Sarkar said that she awaits a positive response from students. The admission portal can be opened for fresh applicants, in case of no response from the earlier applicants.

DU ADMISSIONS 2020: UNIVERSITY OBSERVES SURGE IN APPLICATIONS BY A LAKH

An official of the Calcutta University said that most vacancies are in the reserved categories. They inform that in subjects like BA, BSc, and BCom 45 % seats are reserved for SC, ST, OBC-A, and OBC-B and the disability candidates.

However, seats in the general category are also vacant. In the courses which are not famous among the students.