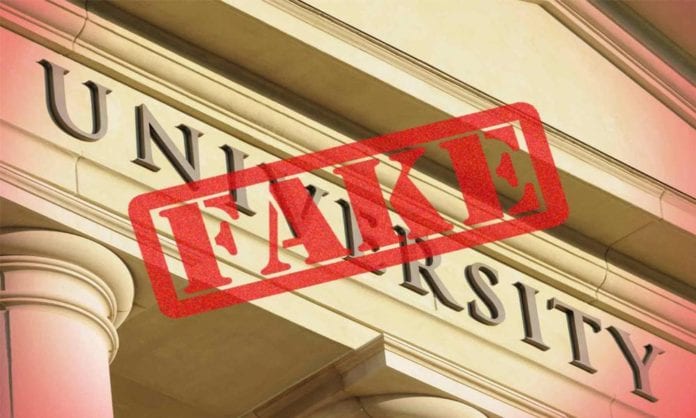 While declaring the fake universities list, UGC has also warned and advised students from taking admission into any courses being offered by these universities. In an official statement, UGC said “The University Grants Commission Act, 1956 under Section 22(1) provides that a degree can be awarded, only by a University established under a Central, State/Provincial Act or an institution deemed to be university under Section 3 of the UGC Act or an institution especially empowered by an Act of Parliament to confer the degree.” The commission also clarified that Section 23 of the UGC Act prohibits the word “university” by any institution other than a university established as stated above.

Other Non-recognized Universities Operating in India

The UGC notification on the matter of fake universities also states that in the case of Bhartiya Shiksha Parishad in Lucknow, the matter is sub-judice.