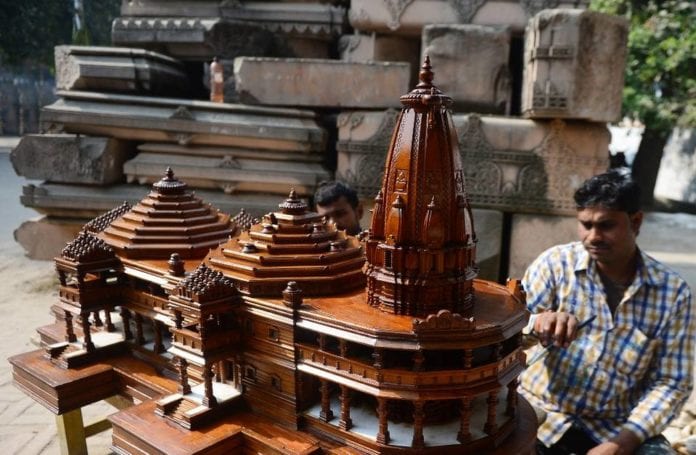 The Indian Institutes of Technology (IITs) are approached to suggest models for the Ram Temple. The Ram Temple trust in Ayodhya reached out to the IITs for a strong foundation of the temple in Ayodhya. Sources said that a stream of Sarayu River was identified below it.

On Tuesday, the construction committee of the Ram temple hold discussions for the same. The meeting was chaired by Nripendra Misra, the former principal secretary to the prime minister. It was concluded from the deliberations that the existing foundation model is not feasible, as a stream of Sarayu river was found below it.

Thus, the Shri Ram Janambhumi Teertha Kshetra trust has requested the Indian Institutes of Technology (IITs) to come up with a strong foundation plan. They are asked to suggest better plans for the construction of the foundation of the temple.

The temple complex will be built on a 67-acre land. The estimated cost of constructing the temple complex is Rs 1,100 crore which includes 300-400 crore to be spent on the temple itself. The treasurer of the Shri Ram Mandir Janmabhoomi Teertha Kshetra, Govinddeo Giriji Maharaj told in a press conference.

Funds collecting drive named the Samarpan Nidhi campaign will be organized. It will give Rs 10 coupons to each Ram bhakts. He added that the aim is to reach 11 crore people between January 15th to February 28th, 2021. Up till now, 10 crores have been collected through an online drive. The appeal to donate for the temple is extended to neighboring countries like Bangladesh, Nepal, Pakistan, Sri Lanka, Bhutan, and Afghanistan.

It is speculated that the construction of the Ram temple in Ayodhya will be completed by 2023. The sources in the Shri Ram Janambhumi Teertha Kshetra added that the temple trust has been holding discussions regarding few options. One is to add an engineering mix that will improve the grip and quality of the soil. The other one is to support rafts on which stones have to be placed by using Vibro stone columns for the same.