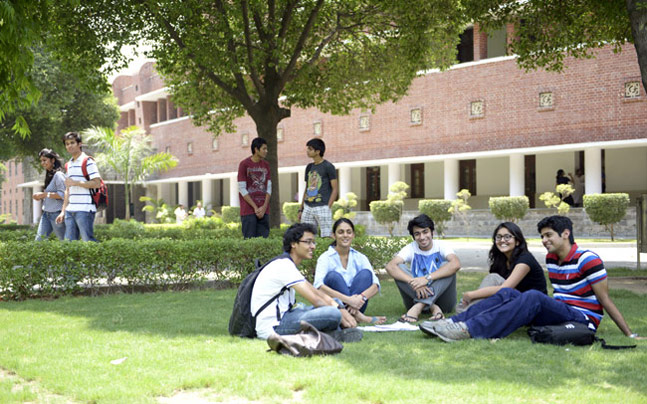 The admission season is here. Having done with the results of board exams, selecting your college, is one of the trickiest tasks, and you can’t afford to make wrong decisions. Feeling dicey about the choice of the college? Let’s make it easy for you! Below is the list of finest colleges of Delhi University which you can aim this season, considering the course of your choice! 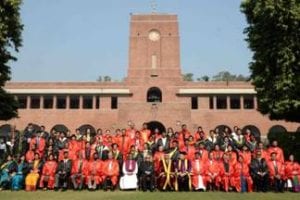 Founded in 1881, the college is counted amongst the star colleges of the University of Delhi. One of the primary colleges of the university, it is famous for its science and arts courses. The college has a walloping list of noteworthy alumni including Dr. Kapil Sibal, Dr. Shashi Tharoor, and famed Indian journalist Barkha Dutt. College skites of a colossal campus, which spreads in an area of around 60 acres. Campus life is one of the best you can get in the university, with amazing and welcoming crowd, lucullan lawns and brick red majestic building, showboating its Mughal motifs! The Chapel designed by Walter George is one of the most comely buildings of the campus. Faculty is very highly-qualified, experienced, and very old. And, obviously, the college is one of the toughest to get into because of its soaring cut-offs and interview procedure during admissions. Courses offered are B.A. Economics (Hons), BSc. Maths (Hons), BSc. Physics (Hons), BSc. Chemistry (Hons) etc. Placement records are quite good as well. All in all, St. Stephen’s College is a Brand in itself! 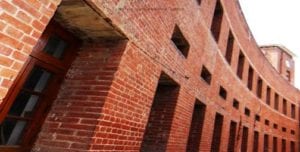 2. SHRI RAM COLLEGE OF COMMERCE- The college, situated in the north campus of the university is known for its towering cut-offs. It is considered one of the foremost institutes for commerce and is undoubtedly among top-notch colleges of north campus. College also has a decently working placement cell and is considered the best institute with respect to placement records. It organizes its annual fest Crossroads every year which is a hit amongst students belonging to not only DU but students all over Delhi. Infrastructure is well-built and has a spacious campus, with air-conditioned classrooms and a genial environment. College is known to impart quality education to students to guide them to evolve into sure-fire finance specialists and entrepreneurs. It has around 40+ currently active societies. The campus is wi-fi enabled with a high-tech library. The overall ambiance is peachy with an enthusiastic and lively crowd.

3. HANSRAJ COLLEGE- One of the premier institutes of Delhi University, it was established in 1948. Also known as ‘Shahrukh Ka College’, it has a long list of notable alumni like Anurag Kashyap, Ranvijay Singh, Ajay Maken, and Anil Aggarwal among others. The college’s most favorite and talked of hangout point is lover’s point, situated at college’s heart! Tout ensemble, the campus looks quite exquisite with green lush lawns and red-bricked buildings. Major courses offered are B.A. Economics (Hons), BSc. Physics (Hons), BSc. Chemistry (Hons), BSc. Botany (Hons), B.Com. (Hons) etc. College also offers certificate courses in foreign languages like French, German and Spanish. The faculty is quite good and experienced. There are various active societies that organize their individual cultural fest every year. Placements are decent with companies like Reliance and Ola visiting the campus. As quoted by many students and alumni, the college has a unique ‘Old World Charm’! 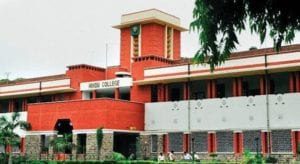 4. HINDU COLLEGE- It is one of the oldest colleges of the Delhi University, established in 1899. It is another crowning college of north campus accepting only the cream of students every year. College is quite famous for its science courses. If you get into the college, you just can’t afford to miss the Virgin Tree pooja on V-day! The college has a large playground and lawns with a well-maintained infrastructure. College’s annual fest Mecca is too awesome to be missed! The major courses offered are BSc. Chemistry (Hons), B.Com. (Hons), B.A. Economics (Hons), B.A. Philosophy (Hons), BSc. Zoology (Hons)  Placements are quite good for companies like Deloitte and Ernst and Young visiting the campus. Sports facilities are gradely. The canteen serves good food at affordable costs. 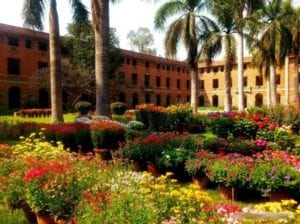 5. MIRANDA HOUSE- It is one of the top-grade women colleges of the university, located in the north campus. It was established in 1948. Major courses offered are B.A. Economics (Hons), B.A. Political Science (Hons), B.A. English (Hons), BSc. Chemistry (Hons) etc. Faculty are experienced in their fields and quite complaisant. The campus is vast and green and is built like buildings of a past epoch, but is modern at the same time, being wi-fi enabled and air-conditioned. Being a girls’ college, it has its own gossip galiyaras! The crowd is quite amazing and enlivened. College’s annual fest Tempest is one of the most happening fests of the university. 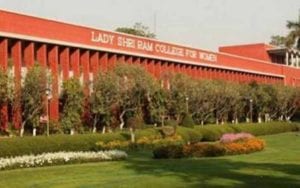 6. LADY SHRI RAM COLLEGE- It is another top-notch women’s college of the university. It is located in the Lajpat Nagar area of Delhi. Crowd and campus life are corking and lively. Infrastructure is well-maintained. Placement cell works well and companies like Nestle, J Shaw and Mickensy visit the campus. Annual cultural fest Tarang is a three-day-long fest which is organized every year. College offers courses in Social Sciences, Humanities and Commerce and also courses like BSc. Mathematics (Hons) and BSc. Statistics (Hons). College is not affiliated with DUSU so there are no DUSU elections and hence no vigour or rather commotion related to elections! The campus is spick-and-span and green with sun-lit corridors. The canteen serves saporous food at low prices!

7. KIRORIMAL COLLEGE- It is another high-grade college of the university situated on the north campus. College was established in 1954. It is one of the most affordable colleges in the university. College is best known for having superstar Amitabh Bacchan as its alumni. Other alumni include playback singer KK, Indian film director, producer, and actor Satish Kaushik, and actor Shakti Kapoor. The major courses offered are B.A. Geography (Hons), BSc. Zoology (Hons), B.A. Bengali, B.Com. (Hons) etc. Cultural festival Renaissance is organized every year. Placement cell is active, and students get better opportunities as far as placements are concerned. The campus is capacious and wi-fi enabled. 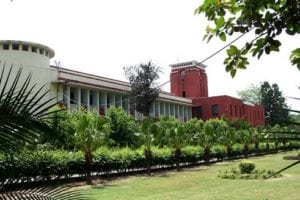 8. RAMJAS COLLEGE- Another outstanding college of Delhi University, located in north campus. The college which recently completed its 100 years invited Indian cricketer Gautam Gambhir and wrestling duo of sisters, Geeta Phogat and Babita Phogat as guests. The college was founded in 1917 by philanthropist Rai Kedar Nath. The college is often seen as a political adda by freshers and outsiders, but in reality, it is much more than that! Infrastructure is well-built. Crowd and societies of the college are quite impressive. The faculty is well-versed and co-operative. Notable alumni include Indian actor Manoj Bajpayee, director Prakash Jha, actor Shekhar Suman, and singer Papon among others. The major courses offered are BSc. Physics (Hons), B.Com. (Hons), B.A. Economics (Hons), B.A. Sanskrit (Hons), B.A. Programme etc. 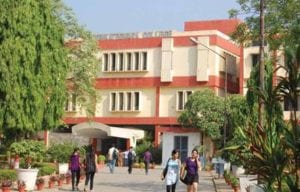 9. SRI VENKATESWARA COLLEGE- The college is in south campus, and is located at Benito Juarez Road, Dhaula Kuan. The nearest metro station is AIIMS metro station. It was established in 1961, and its major motive was to impart select education to South Indian students. The campus is colossal with large lawns and airy corridors. Courses offered are B.Com. (Hons), BSc. Life Sciences, BSc. Chemistry (Hons), BSc. Mathematics (Hons), BSc.Biological Sciences (Hons) etc. Faculty is a mix of experienced, knowledgeable, and young professors. The canteen serves vegetarian food and is famous for South Indian food. The crowd is quite happening. The nearest hangout spot is Satya Niketan. Nexus, a three-day annual festival is quite famed among students. 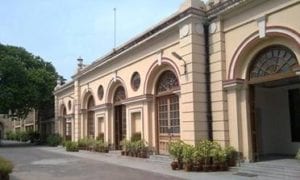 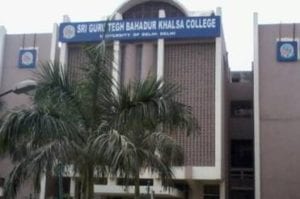 11. SHRI GURU TEGH BAHADUR KHALSA COLLEGE- It is yet another situated in the north campus of the university. The college was established in 1951. The college offers courses in science, commerce, and arts. The college originally purported to provide fine education to young Punjabi refugees of partition in 1947 and to encourage and conserve Punjabi language and culture. It’s been maintained by Delhi Sikh Gurudwara Management Committee (DSGMC). The major courses offered are B.A. (Hons), B.Com. (Hons), B.Tech. in Computer Science and certificate courses in French, German, Spanish and Italian. The infrastructure is well-built and good. Campus placements are quite decent. The crowd is nice and welcoming. 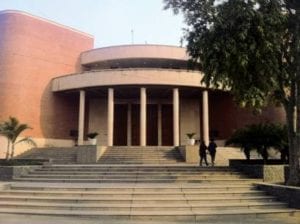 12. JESUS AND MARY COLLEGE- It is an all-girls’ college located in Chanakyapuri locality of Delhi. It was founded by a Roman Catholic congregation in 1968. Major courses offered are in History, Sociology, Hindi, English, Economics, etc. Notable alumni include Priyanka Gandhi, Neha Dhupia, Rakul Preet Singh, Harleen Kaur, Sushmita Mukherjee, etc. There several active societies on the campus. The college has one of the best infrastructures in the Delhi University. 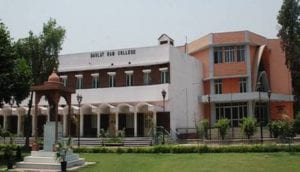 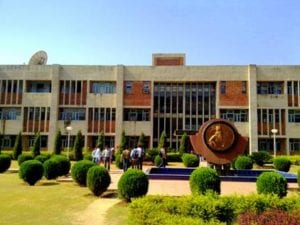 14. KAMLA NEHRU COLLEGE- The college is situated at August Kranti Marg, New Delhi. With its motto as ‘Without knowledge there is no salvation’, the college aims at providing select education to its students. The college was established in 1964. Faculty members are 200+ in number. Placement cell is quite active, with companies like EY, KPMG, and Wipro visiting the campus. Undergraduate courses offered are in Economics, English, Geography, Hindi, History, Journalism, etc. Altogether, campus life is quite good with amazing people in the college.

15. DELHI COLLEGE OF ARTS AND COMMERCE- The college is situated in Netaji Nagar. It offers courses in Arts and Commerce stream. The college organizes its annual cultural festival Ambrosia every year. College’s crowd is awesome and noetic, being located in the south campus. Faculty is nice with a bunch of well-read professors guiding the students. Infrastructure is nice and many societies participate actively. Extra-curricular activities are decent. Placements are also good. The overall experience of studying in college exceeds your expectations! 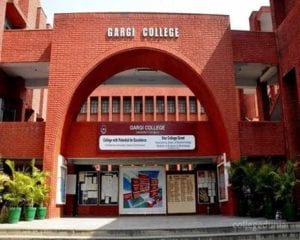 16. GARGI COLLEGE- It is another girls’ college of the university situated in south campus. Major courses offered are in arts, humanities, commerce, and science. The college celebrated its golden jubilee in the year 2016. College was named after an edified lady Gargi, figuring in Brihadaranyaka Upanishads of the Vedic Age. Faculty consists of around 180 members, who are experienced and knowledgeable. Infrastructure is spacious, well-built and wi-fi enabled. The canteen is well-maintained with separate momos and juice counter. Notable alumni include Bollywood actresses Urvashi Rautela, Huma Qureshi and Sanya Malhotra, and Alankrita Sahai, Miss Diva Earth 2014. Major courses offered are in microbiology and commerce.

So, these were a few top-grade colleges of the Delhi University which you can target this admission season. Please note that this is in no order of ranking, just a random order! Different colleges offer different courses, all you’ve to keep in mind, is that one should give preference to his/her course more than the college. The right choice of the course and college promises the best experience of campus life in the university. And tag all your friends who’re ready to step into their college lives and will spend their best three years in the campus! All the Best! 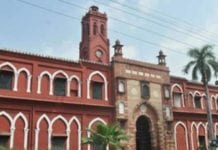 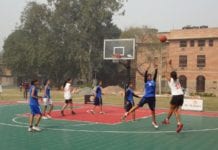 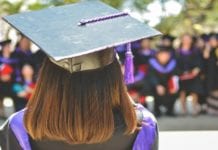 NIT SRINAGAR STUDENTS TO GET DIRECT ADMISSION TO IIT DELHI