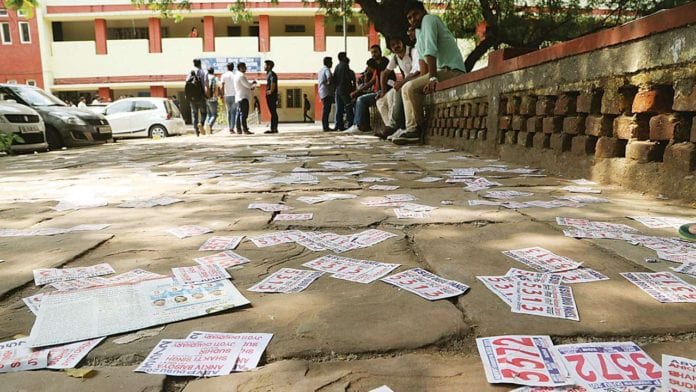 If you still can’t make sense of the loud sloganeering all around the campus for Delhi university Election, classes getting disrupted every other day by garlanded figures and college premises drowned in a sea of pamphlets, then this article has got you covered.

As you read on, you will get to know about:

3.   Incomplete Representation Of Colleges in DUSU

4.   Impact of Money and Muscle power in DUSU Elections

5.   Significance of the Upcoming DUSU Elections

The Delhi University Election (DUSU), according to the University’s website, is the representative body of the students from most colleges and faculties. The elections to DUSU are by direct voting by the students of the university and member colleges and are usually held in August-September each year.

Candidates from youth wings of different national political parties contest for the posts of President, Vice-President, General Secretary and Joint Secretary. The first Delhi University Election can be traced back to as early as 1954. Over the years of its functioning, DUSU has produced some of finest politicians in the country including the likes of Arun Jaitley(1974-75), Vijay Goel(1977-78), Ajay Maken(1985-86), Alka Lamba(1997-98)  among others.

Apart from the free pizzas and trips to water parks offered by contesting candidates, we, as students, have much larger and significant stakes in DUSU elections:

First, the DUSU is supposed to be the link between the University administration and the students.

Second, each one of us pays a certain amount (deducted with college fee) every year for the DUSU fund, which collectively amounts to as much as 25 lakhs.

Most of the colleges in DU have a separately elected body for working for college affairs, which primarily includes The Fresher’s Party, College Fest and the Farewell Party, in addition to the day to day affairs related to sports, ECA societies, etc. These student bodies take different shapes in different colleges. For example, Hindu College has a parliamentary form of the student body while Hansraj College has a six-membered student’s union. Certain colleges take an extra step in conducting democratic elections by holding presidential/prime-ministerial debates. Also, the college elections aren’t completely immune to external influences from parties and individual figures, which sometimes leads to a puppet union in some of the colleges, where the strings are pulled by external forces.

Many colleges in DU like St Stephens, DRC, KNC, LSR, JMC, IP College for Women among others do not participate in the Delhi University Elections. Most of these colleges are ‘all women colleges’ which blame the toxic nature of political campaigns for their absence from the elections. This is the reason DUSU has an existing disparity in terms of representation of different colleges and has, over the years, led people to question the relevance of DUSU.

As you’d have observed by now, DUSU elections are pivoted around money and muscle power. Scores of white SUV’s making the campus roads claustrophobic, reckless spending on larger than life banners and groups of omnipresent muscular men sporting white shirts and marigold garlands have sadly become the face of the elections, while debates and issues have been dumped in the corner.

The Lyngdoh committee recommendations of 2006, which aim at reducing the influence of money and muscle power in student union elections are either non-existent or flouted every day. Candidates very smartly insert an extra ‘A’ or ‘I’ in their names while putting up the banners to evade legal action. The High Court ruling of last year which banned sticking posters on university walls has been successful in preventing defacing of the campus buildings this year, however, roads can still be seen covered in sheets of white.

In times when the relevance of student politics is in question, when the Delhi University Election has been reduced to merely a launch-pad for scions of powerful families, when students from specific regional, caste and class backgrounds only are getting a chance at contesting and when rule-breaking and indiscipline have become the order of the day, the upcoming elections have assumed unprecedented significance. Every vote cast on the 12th of September has the potential of becoming a letter in the new definition of student politics. Politics which is more accountable, inclusive and accessible.

So, the next time they come to you asking for votes, don’t let them get away with free pizzas. Instead, ask them questions. Questions that matter. 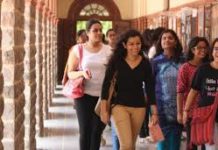 BENEFITS OF ALL GIRLS COLLEGE IN DELHI UNIVERSITY 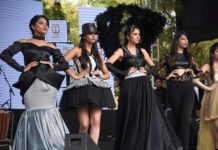 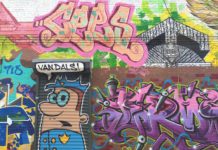 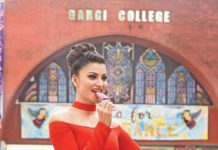