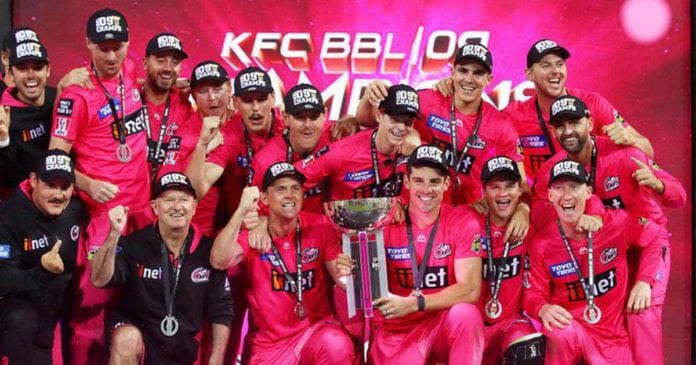 This year hasn’t been easy for the sports industry. This year’s sports calendar has been greatly affected by the pandemic and it is no different for cricket. Major cricket tournaments had to make adjustments when it comes to schedules and protocols. There are even cricket matches that are canceled this year.

However, many cricket matches and tournaments are still pushing through this year like the Indian Premier League in the UAE and the Big Bash League in Australia. For sure, many cricket fans are delighted about this as punters can also resume big bash betting in India with these matches happening.

The IPL, one of the most-followed cricket events, had to be different this year. The IPL usually starts in March to May, but this year, it had to be pushed to September. This year’s IPL also had to be held in the UAE because this is a place that appears to have what it takes to host the IPL with its changes due to the pandemic.

The Big Bash League will also happen inside a bio-secure bubble or simply a bubble like the IPL. This means that everyone involved in the tournament or the series will be prohibited to have physical contact with people who are not part of the bubble.

Not only the players but other sportspersons too in the series will be part of the bubble. This means that the support staff, the coaches, the facilitators, and even the broadcasters will have to be isolated and prohibited from going outside the bubble.

The bio-secure bubble is not only used by cricket leagues at the moment. Other sports leagues like the NBA are also using it to lessen the risks of having anyone in the series infected by the virus. Basically, the bubble is one of the main reasons why sports events are able to push through amidst the pandemic.

A recent report has mentioned Steve Smith and his teammates may be thinking about being part of the BBL. BBL official Alistair Dobson said, “Last year showed the impact they (Smith and other Australian stars) can have. That said, we understand what they’re going through with the international summer ahead. They’ve had a pretty tough preparation. Coming out of a tight bubble in England, a number have gone to the IPL. We’ll talk to them when the time’s right. We’d love to see them in. There are mechanisms in place around our contracting rules for spots to be left open.”

Australian Opener David Warner may also not be part of the upcoming BBL according to his manager, James Erskine. The manager said in an interview, “It’s not to do with the money, it’s to do with whether he wants to do it,” Warner’s manager James Erskine was quoted as saying by Sydney Morning Herald. I haven’t discussed it with him but I would think he’s more likely to spend time with his family than in the BBL. The fact we haven’t had the conversation probably tells me he won’t.”

Aside from them, England’s Jofra Archer has officially opted out of this year’s BBL. He explained how the bubble has affected him. Archer told Fox Sports, “I’ll tell you; it has been mentally challenging. I‘ll be honest with you, I don’t know if I have much more bubbles left in me for the rest of the year. I haven’t seen my family, really, since February.

“The IPL is going to be most of October, November, we’re going to South Africa hopefully as well. That only leaves me with a few weeks in December for the rest of the year. I love my Hobart family, but I think I need to spend some time with my real family as well.

“When the year turns, we’re going to be back in the bubble in the UAE and then India. Family time is really important, especially when you actually cannot see them physically. So, any time off I’m going to spend with them,” he explained.

There may be a few more cricketers that will be expressing their doubts about being a part of the upcoming BBL. It’s still a few months away from the start of this year’s BBL and we can only wait for more announcements

“There will be some potential disruptions, as there are every year … we’ve had more interest than ever before from players and agents,” Dobson said.

A Social Media geek who enjoys writing about youth and their life. Marketer by profession, Digital marketer by passion.

OVER 4800 APPLICATIONS ON DAY-1 OF 3RD CUTOFF ADMISSIONS

WILL DELHI UNIVERSITY STUDENTS GET HOSTELS THIS TIME?

OVER 4800 APPLICATIONS ON DAY-1 OF 3RD CUTOFF ADMISSIONS