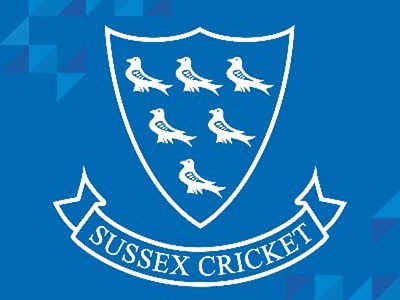 Chris Jordan, George Garton, and Tymal Mills return to their squad, the Sharks. After their success in hundreds in the weekend with the Southern Brave. Although Henry Crocombe, Travis Head, Ali Orr, and Ollie Robinson have all dropped out from the squad that went for the final two Vitality Blast group matches. In the Sussex County Cricket Club.

After the involvement with the hundred Archie Lenham, Phil Salt, Luke Wright, Rashid Khan, David Wiese, and Ravi Bopara are also involved with the squad. However, Ollie Robinson has stayed in England for the test matches with India. Whereas Travis Head has returned to Australia after his stretch with the overseas club.

On Tuesday evening James Kirtley named a 14-man squad at the Shark’s Sussex final trip to Durham. As they face off against the 2nd in the Vitality Blast North Group, the Yorkshire Vikings.

They Began in the North Group with a total of 5 victories out of 6 matches played. However, the second half was tough as there were 4 defeats out of 6 matches played. Later, the matches got canceled due to Covid. Derbyshire was unable to qualify and the Vikings ensured second place in the home quarter-final and the group as well.
Harry Brook, 22 did a fantastic job witht= the batting during the group stage.

Scoring around 485 runs in 12 innings and had a strike rate of 150.15. Which makes him one of the greatest scorers of all times in the English run score. He is the third-leading scorer in the blasts and the competitions behind Leicestershire’s Josh Inglis and Gloucestershire’s Glenn Phillips

INDIA MIGHT BE ENTERING THE ENDEMIC STAGE OF CORONAVIRUS

Whereas Yorkshire has dealt a blow after its top wicket-taker has been tested positive for Covid. Lockie Ferguson Overseas from Kiwi has tested positive for Covid. Matt Fisher, Dom Bess, and Jordan Thomson might have expected to feature and have taken 11 wickets each. Whereas, Ferguson has taken 14 wickets. David Willey took around 7 wickets but at an expensive cost of 9 runs per over. In the Sussex County Cricket Club.