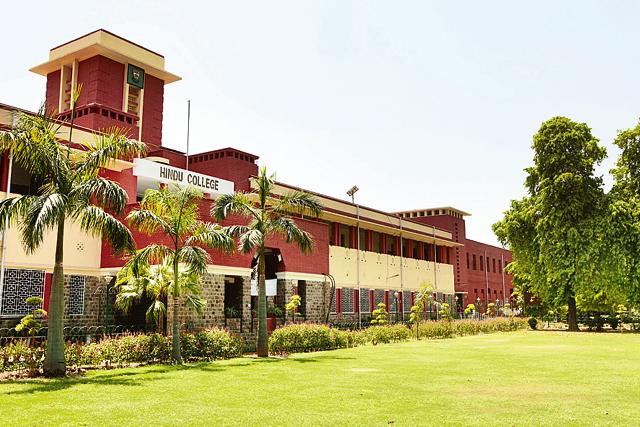 New Delhi: The Standing Committee of Delhi University will be discussing the plan to increase the seats in every course by 15 percent soon. This will be done to accommodate the students of the EWS category introduced last year.

To partially implement the newly introduced quota, the University had increased the number of seats to 10%. This was done for the academic year 2019-20.

According to the notification released during last year’s academic admissions, the remaining 15% of seats will be accommodated this year.

Media reports say that the increase of seats is a part of the agenda for the meeting of the members of the Standing Committee. The meeting is scheduled to be conducted today.

Discussions regarding the 2020-21 academic year admission through the online mode for undergraduate and postgraduate students will be conducted by the Delhi University Academic Council. The discussions about those students who belong to the Sports, Extracurricular Activity (ECA), Children of Widows of Armed Forces (CW) categories are also expected to be done today.

The admissions to these categories were earlier conducted by the students reporting to their respective colleges for the trials.

BAR COUNCIL OF INDIA: ALL EXCEPT FINAL YEAR STUDENTS TO BE PROMOTED ON PREVIOUS YEAR RESULT BASIS

In a meeting conducted earlier, the tentative date for the application window for DU Admissions 2020 was likely to open from June 8, 2020. But it is now reported that the dates are likely to change.

The proposal for the Delhi University Entrance Test which is to be conducted by the National Testing Agency will also be discussed by the DU Academic Council.

According to the agenda papers, the Head of the Department will be the Nodal persons for any task related to DUET 2020.

There will not be any change in the eligibility criteria or the registration fee, correction fee, admission cancellation fee for the postgraduate and undergraduate courses for the academic year 2020.

The Special Scholarship Scheme of Jammu and Kashmir students, seat nomination of Sikkimese students, minority category students’ admission in minority colleges, and the Ward Quota admissions will continue to be the same as last year.

The current situation in the country has led to the Academic Council trying to minimize the visit of students for their physical verification of documents.

The reconsideration of the 15 percent weightage which is followed by a few of the colleges for interviews will also be done. This will be done to follow the rules of social distancing during this pandemic.

The agenda also proposes that colleges or departments will physically verify the original documents of the applicants after the session commences.

It will also be considered in the meeting about the release of five cut off lists. If required, further cutoff lists will be released after the completion of admissions after the fifth cutoff list.