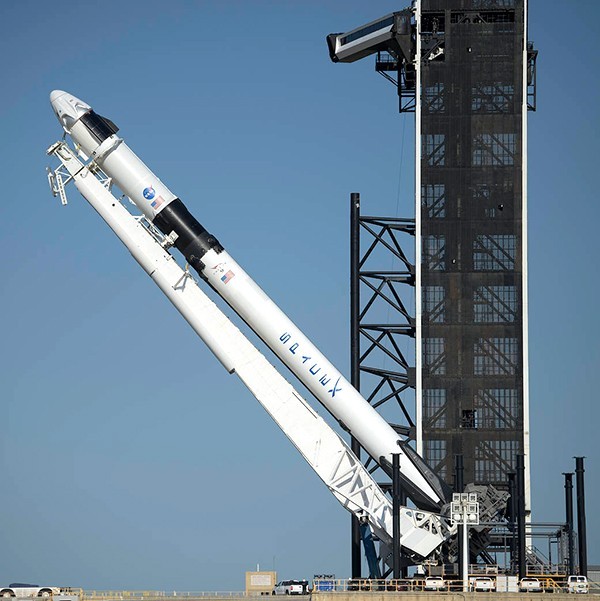 On Wednesday, a planned mission to the international space station was aborted by NASA due to bad weather. This delayed a historic event that was going to mark the first crewed launch from US soil in almost a decade.

A Crew Dragon capsule was built by Elon Musk’s SpaceX which is a company based in California. It aimed a view of taking off at 9.33 pm UK time. Astronauts Robert Behnken and Douglas Hurley were in the Crew Dragon capsule. Unfortunately, this mission had to be called off 17 minutes before the launch time.

The fuelling of the Falcon 9 rocket which carried the capsule had begun. Later the decision was taken to cancel this mission due to the cloudy skies and rain. This launch will be attempted again on Saturday afternoon, the team is all set. There will be another backup time on Sunday.

It was expected that the weather would clear 10 min before the launch at Florida’s Kennedy Space center but the only possible launch window was ” instantaneous”, due to the movements o of the space stations. Any delay in launching would have meant cancellation of the mission.

Mr. Hurley made an announcement that they could see raindrops on the windows and figured that whatever that was, it was so close to the launchpad at a time when they needed it not to be.

At some point of time Rocket launchers used to be nation-states’ preserves. But with launch, it is going to be first in a new era of commercial flight. In this, private companies will develop the technology to be sent to space with astronauts. It aims to open this up for the general public.

Last time, in 2011, Us space agency had sent people to ISS . After then it relied on Russia’s space programme to take its crews to and from the station. This cost as much as $86m (£70m) each time. It hopes the commercial crew programme will cut the price for initial launches to $55m.

Before the launch, entrepreneur and SpaceX chief executive Elon Musk said the event was “a dream come true”. He also stated that the Falcon 9 was “a well-proven rocket”.
Musk has become best known for Tesla, his audacious effort to build an electric vehicle company. But SpaceX predates it.

For the eccentric CEO, this is just the beginning: He’s planning to build a city on the red planet, and live there.

It all started with the dream of growing a rose on Mars.
Musk wants to somehow grow a rose on the red planet, show it to the world and inspire school children, recalls Hubbard

US President Donald Trump had travelled on Air Force One to watch the event. It was also attended by vice-president Mike Pence.