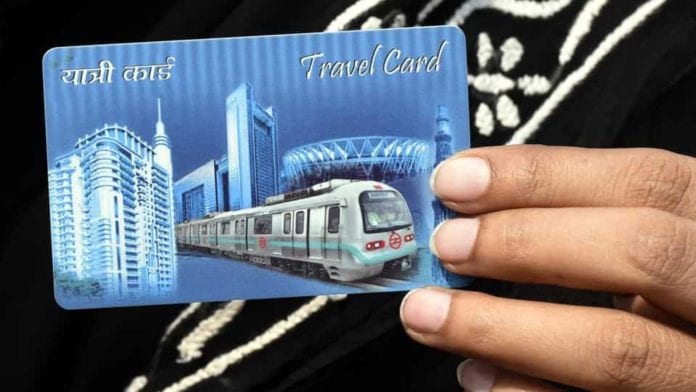 The Transport Minister Kailash Gahlot on Monday said that now Metro smart cards can be used in Delhi Buses to pay for the fare.

The Common Mobility Card project has finally come into play after a delay of 5 months, under the supervision of Arvind Kejriwal, the Chief Minister had announced in January this year that Electronic payment of fares will be launched in 5,500 buses in Delhi by 1st April.

This facility will help people to use their Delhi Metro Cards in all Buses from 24th August.

All they have to do is furnish their card to the bus conductor, and swipe their card for automatic reduction.

The Minister also added that this project was started because the Delhi Metro is now spread across a large area and more than 26 lakh people travel through it every day. DTC and Cluster buses still serve a huge amount of population, roughly 35 lakh people travel every day through buses, which is more than the people travelling from the metro.

The use of Common Mobility Card is vital to integrate the 2 most used Public Transport of the City.

This project has been delayed since January for the basic reason that the chips which had to be installed in the Buses were to arrive from South Korea and the Delivery took a lot more time than expected, but the worry is over now nearly 2000 chips arrived in May and 3000 more arrived recently, the process took a little longer since only 150 ELECTRONIC TICKET MACHINES could be installed in one day by the DMRC.

They also added that the scam of Nirav Modi proved to be another hurdle in this Project since RBI stopped Quasi-Bank Guarantee like a letter of undertaking and letter of comfort. So they had to look for alternative methods to pay the seller in South Korea.

This system will now be in use from 24th August, in all the Buses in Delhi.