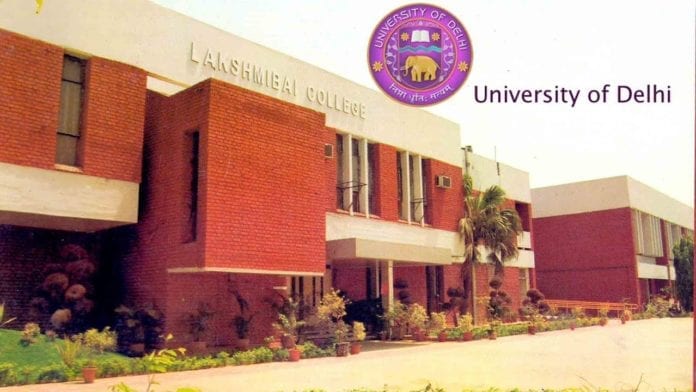 DU Lakshmibai college a condemnable incident came into view by a professor. Dr. Neelam from the Hindi department of the college alleged her colleague Ranjit Kaur for slapping her.

This incident took place on Monday. While this happened during a department meeting in the Lakshmibai college.

Where Ranjit Kaur ( teacher-in-charge) reportedly slapped associate professor, Dr. Neelam. A police complaint was filed in the Bharat Nagar police station by the professor against her( Kaur). Police had started the investigation.

1 PERCENT RELAXATION IN CUTOFF FOR ALL CATEGORIES OF GIRL STUDENTS

MORE DETAILS OF THE INCIDENT

Dr. Neelam stated, all this happened because of my Dalit caste identity. Kaur always had hatred feelings due to my caste and my growth.

She further said I asked to go through the minutes of the meeting before signature. As there was a mistake during last time. On this Ranjit Kaur slapped me and bereaved the register from my hands. All this is in front staff council secretary and 13 other members.

Dr. Neelam also claimed that her complaint to the college principal Pratyush Vatsala was leftover. Until some professors constrained him to act upon.

Ranjit Kaur had denied all the allegations on her. After a complaint against her, she had also filed a counter-complaint. Ranjit Kaur said Dr. Neelam vigorously tried to take register from me for some other details. While this all happened unknowingly. For the incident, I instantly made an apology.

Professor Ranjit Kaur also said a complaint with the caste card is just to make me in trouble.

DUTA AND OTHERS ON THE INCIDENT

Another professor Anshu Jharwar (Lakshmibai College) said in the meeting and was shocked by what happened.

Rajat Rani, professor at Kamla Nehru College (Delhi University) said, I am stunned how someone can dare like this.