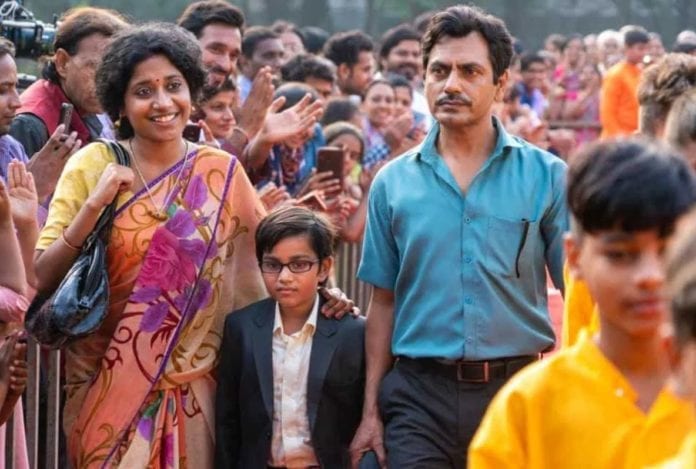 An insight into persistent caste inequalities, Nawazuddin Siddiqui’s Serious Men is a dark comedy that will haunt you for days. This Netflix original film talks about a Brahmin scientist, Arvind Acharya, and his Personal Assistant Ayyan Mani, a Dalit man. The quirky and curious personality of Ayyan Mani is handled perfectly by Nawazuddin Siddiqi. This movie is about the great divide haunting our country for ages.

It’s a struggle of a Dalit man who lies, deceives, and thrives to be visible, to the society which doesn’t even bother to consider them invisible. He describes himself and the people like him as gravity. It’s present everywhere yet it seems invisible.

He went on to a journey of making his son a ‘serious man’. In the earnest desire to earn fame and move upwards in the social ladder, Ayyan convinced everyone very cleverly that this 10-year-old son is a genius. His actions can’t be justified but his angst is worth your 1 hour 54 minutes.

Sudhir Mishra has directed films like Jaane Bhi Do Yaaro and he is the right choice to direct this film on a common man. Bollywood which is famous for its starry vibes, shiny cars, branded clothes, and far from normal day to day stories of a middle class. Movies like Serious Men hit hard. Stories like this keep alive the essence of cinema and preserve the purity it has.

Cinema is the reflection of society and ironically just once in a while, these stories are put forward. Yet it cannot be denied that we are moving towards a change. Still, it’s a long way.

Ayyan is a satirical, intelligent, and a curious man who has great observation skills. Yet he is hard to understand. He wants the best for his son but ultimately stands on the edge of destroying his present. The strong character is witty and a great convincer. Ayyan lives in a slum area and is a Dalit man. Besides all this, the character is a persona of our Indian society where parents pass the baggage of their unfulfilled dreams to their children.

Adi, the 10-year-old ‘genius’ suffered from trauma due to the pressure which this baggage carries. The insecurities and issues of Ayyan Mani gobbled the childhood out of the young child. The innocent child was fighting a battle that was unknown to him. He was made to recite words and theories he barely knew to spell. In all Adi was imaged as a total opposite of his abilities.

The story stars an ambitious man who doesn’t want the same fate as his to fall on his child. While the motivation is justified and shows him as a loving and caring father, the actions cannot be vindicated. But soon he realized the roadblocks society planned to put in his way. He soon figures out that his son is a slow learner. Being infuriated enough, Ayyan crossed all the boundaries of the society and decided to take a short cut.

Once he describes to his wife that he is 2nd generation and the privileged upper caste people are 4th generation. The people like him have to struggle and work till their last breath to uplift their kids to the next generation. He tells that his son will be educated enough to be in the 3rd generation. Then his kids will enjoy the benefits of the 4th generation which the kids of superior castes enjoy right from birth. He concludes that it takes four generations for a person like him to get that respect or privilege.

He tried and succeeds in framing his child as a genius. He went to every extent to prove the false theory. Adi became a star, finally, Ayyan got the praise he wanted for his child. Media, paparazzi, and even politicians were after the genius kid. But till when will the truth be caged?

Series of events exposed the scam and before crushing anybody else, it crushed the 10-year-old boy, Adi.

The fight which started for equality and respect was soon fueled by Ayyan Mani’s frustration. The victim of this frustration was none other than his child.

Another contradiction is framed in Nawazuddin Siddiqui’s Serious Men. On one hand, a poor Dalit woman is living in the slums whose identity is limited to Bob’s wife. She is a victim of domestic violence and is trapped in this torture. The other side it’s the daughter of Keshav the powerful politician. She suffered from domestic violence and got out of it. The power of his father will make his culprit husband stand behind the bars. Here lies the division in our society. The division in everything including justice.

It’s written by Bhavesh Mandalia, being inspired by Manu Joseph’s critically acclaimed novel. It has a narrative style and uses satire and humor to tackle sensitive subjects. It was a touching and simple writing style.

The cinematography was great and worth applauded for. The shot of slum, their home summed up in a single room perfectly described the pathetic situation in which these people live in. The jump cut to Ambedkar’s pictures and the echoing of the Dalit theme sets the emotion of the scene. These shots have a huge impact on the viewers and describe the contradictions and opposites in the scene.

Nawazuddin Siddiqi once again proves to be a versatile actor. With intricate expressions and fabulous acting, Nawaz is the highlight of the movie. The actor blended completely in the role of a Dalit man living in slums. He is the actor of the common people and has proved his excellence several times. His wife Oja complemented the role well.

Nawazuddin Siddiqui’s Serious Men is a story of a father trapped in caste boundaries, digging a hole to get his son out. He successfully takes his son out of it and ironically cages him in his frustration and unreal expectation.

It is the need of the hour and a daring piece of cinema. It captures the struggles of caste inequality, the urge to gain fame, the tendency of people to take short cuts, the concept of genius, and the thirst for intelligence.

And it is definitely for all primitive minds.